Daljit is a man who has left his foot-prints on the sands of crime. He has murdered Rai Bahadur Jagdish Prasad, his step brother. But the Police records show that it was an accident. The case had been closed.

Asha, daughter of Rai Bahadur Jagdish Prasad is coming to India. On board, she meets Anand, who is returning from Aden from an official trip. He is a C.I.D. Inspector. Their meeting starts further and a deep relationship develops between them when they touch the shores of India.

The Police have started doubting the authenticity of the accident in which Rai Bahadur Jagdish Prasad had died. The case is restarted and further investigations are entrusted to Anand.

Daljit and Bihari plan to take Asha to Kashmir, where she is to meet, her ultimate.....death?

But man proposes and sometimes God disposes. At the crucial hour when death of Asha is imminent, she is rescued by the heroic effort of Anand.

One night, under intoxication, Daljit attempts rape of Lata, friend of Asha. In death-defying scuffle situation shatters their train-takes them unawares. Asha and Lata pull the dead body in a trunk and load it into dickey of their car. They dispose the body by putting it in quick-sand.

The tables are now turned. The potential murderer becomes the victim.

This is the baffling mystery of KAB? KYONG? AUR KAHAN? Which will make you wonder.

Await the arrival of the greatest suspense of all the times at your favourite theatre. 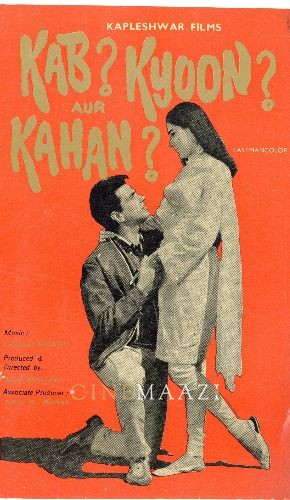 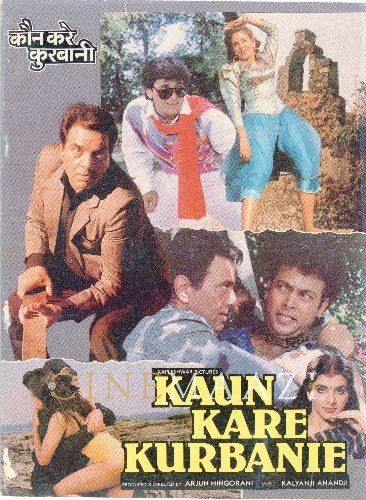