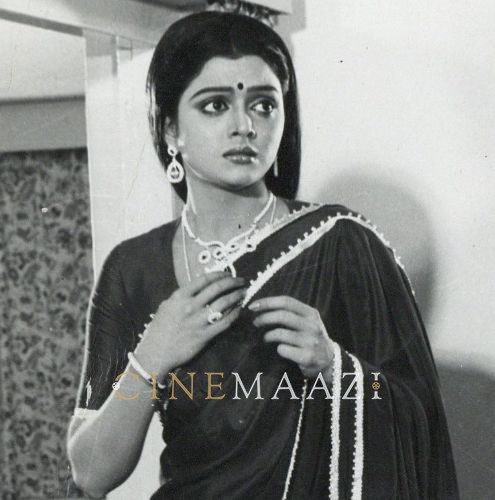 Actress, Kuchipudi dancer, and voice artist, Bhanupriya has featured in approximately 155 films in the course of a career spanning more than three decades. One of the top mainstream actresses for more than a decade from 1983 to 1995, she worked predominantly in Telugu, Malayalam, Tamil and Kannada languages. Essaying a variety of roles in both critically and commercially successful films, some of her notable films include Sitaara (1984), Anveshana (1985), Swarna Kamalam (1988), Aararo Ariraro (1989), Azhagan (1991), and Thalapathi (1991). She has also featured in a few Hindi films, such as Dosti Dushmani (1986), Khudgarz (1987) and Suryaa: An Awakening (1989). Winner of two Tamil Nadu State Film Awards, three Nandi Awards and two Filmfare Awards (South), she also enjoyed a successful career in television.

Born Mangalabhama on 15 January, 1967 in Rangampeta, Andhra Pradesh, to Ragamali and Pandu Babu, her sister Shantipriya was also to become an actress. A student of dance, she was in her mid-teens and still in school when she was signed on for her first film, the Tamil Mella Pesungal (1983) with Bharathi-Vasu as the directors. It was her dancing talent that had bagged her the film; renowned Tamil director Bharathi Raja had seen in a dance performance, after which he offered her the film.

Her big break came with her Telugu cinema debut, the dance and music-themed Sitaaraa (1984), by the makers of Sankarabaranam—Sagara Sangamam and Swathi Muthiyam. Playing the titular role in this Telugu drama film, which was a critical and commercial success, made her an overnight star. The film was screened at several international film festivals, and also went on to win three National Film Awards - for Best Editing, Best Female Playback Singer and Best Feature Film in Telugu.

From then on, there was no looking back for her, as offers came in continuously. The years that followed saw her establish herself as one of the most sought-after actresses of the Telugu film industry. She even came to be fondly referred to as ‘the other Sridevi’ by several media publications. Her popularity was enhanced by her pairing opposite Chiranjeevi; the pair featured in blockbusters such as Vijetha (1985), Chakravarthy (1987), Trinetrudu (1987) and Khaidi No. 786 (1988).

A few years later, she made her debut in Hindi films with the 1986 film Dosti Dushmani. The film, a multi-starrer directed by Tatineni Rama Rao, also featured Jeetendra, Rajnikanth, Rishi Kapoor, Poonam Dhillon, and Kimi Katkar. However, despite starring in hits such as Khudgarz (1987) and Suryaa: An Awakening (1989), she was unable to replicate the heights of success she enjoyed in the South film industry.

Meanwhile, she continued to make strides in her career in South films. She earned the first Nandi Award of her career as well as her maiden Filmfare Award (South) for Best Actress for her performance in the critically acclaimed dance drama film Swarna Kamalam (1988). The film was screened at the Indian panorama section of the 12th International Film Festival of India, as well as the Asia Pacific Film Festival and the Ann Arbor Film Festival. It received three Indian Express Awards, three state Nandi Awards, and two South Filmfare Awards, including the Nandi Award for Best Feature Film and Filmfare Best Film Award (Telugu). She delivered another award-winning performance the following year, winning the Special Prize at the Tamil Nadu State Film Awards for her depiction of a woman with a traumatic past in the drama film Aararo Ariraro (1989).

Continuing to win critical acclaim in the years that followed, she won her second Tamil Nadu State Film Award for her performance in the K Balachander film Azhagan (1991). She played classical dancer Priya Ranjan in the film who falls in love with a widower and father of four - Azhagappan (Mammootty). They unite after they are helped in resolving the ego issues and differences that crop up between them.

She made waves with her performance in Mani Ratnam cult classic Thalapathi (1991). A landmark film in her career, she starred opposite Rajinikanth in the film which told the tale of the orphan Surya, who is raised in a slum and befriends a good-hearted crime boss named Devaraj whom he works for. Their existence is threatened when a new honest district collector arrives.

The actress made her debut in Malayali films opposite Mohanlal in Rajashilpi (1992), followed by her debut in Kannada films with Rasika (1994). Among her notable films in the 1990s were Peda Rayudu (1995), Azhakiya Ravanan (1996) and the devotional film Annamayya (1997). Appearing in supporting roles in films in the 2000s, her extended cameo in the Malayalam family drama Kochu Kochu Santhoshangal (2000) won her considerable acclaim. She went on to win her second Nandi Award for her performance in the musical family-drama Lahiri Lahiri Lahirilo (2002), which also marked her first major award in the Best Supporting Actress category. She won her third Nandi Award for her performance in the SS Rajamouli directorial Chhatrapati (2005). Featuring in the Dhanush starrers Polladhavan (2007) and 3 (2012), as well as the NTR Jr starrer Dammu (2012), she has also appeared in the ensemble comedy-drama Magalir Mattum (2017), featuring alongside Jyothika, Saranya Ponvannan and Urvashi. More recently, she featured in Karthi starrer Kadaikutty Singam (2018), in a cast that includes Sayyeshaa, Sathyaraj, Priya Bhavani Shankar, Soori, Ponvannan, and Arthana Binu.

Bhanupriya also carved a successful career in television, venturing onto the small screen in the latter half of her career. She has to her credit soap operas such as Sun TV’s Shakti, Yamuna and Aaha on Vijay TV. She won the Screen Videocon Award for Best Actress for her performance in Shakti. She has also appeared as a guest member of the judging panel on popular dance reality shows like Jodi Number One on Star TV, Narthanashala on ETV Telugu and Maanada Mayilada on Kalaignar TV.

Among the honours she had received are the JFW Divas of South India Award - for her contribution to South Indian cinema, and the Gemini TV Puraskaram for lifetime achievement in television.

On the personal front, she married Adarsh Kaushal, a digital graphics engineer, at the Sri Venkateswara temple in Malibu, California, on 14 June 1998. The couple has a daughter, Abhinaya, born in 2002. After the marriage ended in divorce in 2005, she returned to India, and resumed her acting career. She lives in Chennai with her daughter.