Ranjit a young mischievous boy has to run away from school on account of having killed one of his schoolmates accidentally in a fight. He meets Mr. Singh who shelters him and brings him up in a life filled with crime. The boy indulges in a number of criminal acts and finally establishes himself as Mr. Singh's right hand man. One day he stumbles upon an old apple seller, Gopinath, who unknowingly helps him make good his escape from the police. In gratitude, Ranjit befriends him and a very affectionate relationship develops between them.

Ranjit, meanwhile, has an arch-enemy and opponent in Pratap, the leader of a rival gang, Pratap hampers Ranjit's activities and has planted one of his men Rakesh, in Ranjit's gang. The man is however soon found out and is dragged to Pratap's house by Ranit.

Furious at being exposed, Pratap tries to kill Rakesh who runs away, but in vain. Rakesh is caught along with his sister Anjoo, and is brought to Pratap. Pratap strikes a bargain with Anjoo that he will release her brother if she continues Rakesh's work, that is, to spy on Ranjit. Anjoo under compulsion agrees.

Anjoo tries to be friends with Ranjit but soon the friendship turns into love. She tells Ranjit the truth who then rescues Rakesh from Pratap's clutches.

An exhibition of jewellery is going on in town. Ranjit, never one to miss a golden opportunity manages with great risk to rob the jewellery. He is chased by the police but evades them by taking shelter in Gopinath's hut where he comes across a photo of the boy he had killed in his childhood and learns that the boy was Gopinath's son. He is shaken.

Ranjit goes to meet Gopinath whom he finds in a state of extreme misery. He persuades Gopinath to confide in him. Gopinath tells him about his past life without knowing who Ranjit was and also that he has a daughter in boarding school who has been brought to believe that her father is a wealthy man. The daughter had fallen in love with the son of a rich man who wants them to get married not being aware of the fact that the father of the girl is a mere apple seller.

Ranjit tells him not to worry and takes it upon himself to get Gopinath's daughter married as his own sister.

The Commissioner of Police gets his suspicions aroused by the royal manner in which the wedding of the daughter of a mere apple seller being celebrated. He suspects Gopinath of having some hand in the theft of the jewels and gets him arrested. What happens after that is for you to see on the Silver Screen. 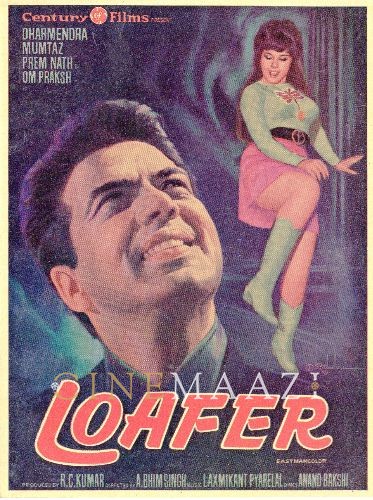