POVERTY is the cause for temptation and temptation often leads to disaster. Ramlal, a small time thief, thanks to a stroke of luck, gets hold of a packet of valuable diamonds.

He buries them under a tree in a jungle and dreams of a most prosperous future. But before he could realise it, the hands of law catch him and he is sentenced to fifteen years of rigorous imprisonment in the impregnable Jail of LAKHANPUR.

Ramlal's child Guddi and her companion Raju, who had spent the best years of their lives together, are forced to part for ever. Guddi grooms into Seema, a stage dancer and Raju is known as Chander, a first rate card-sharper.

Fate brings them together again, but separated for a long time they still remain strangers to each other. The fire of love is still burning in their hearts but the blow of wind that can turn it into a blaze, is still far away. Then comes a day when Seema receives the news of her father's impending release, and with that the events start taking shape. The insurance Company with which the diamonds were insured, decides to send Gautam, their Security Officer to follow Ramlal after his release, so that he will lead them to the hidden treasure. Besides this, there is one more interested party. A team of sophisticated but dangerous gangsters under the leadership of Paul.

Paul needs a smart man who could break the Jail and kidnap Ramlal before his official release so that Ramlal does not land himself into the hands of insurance people. He picks on Chander, whose shady record and past experience guarantees a successful operation. Here again temptation scores, and Chander agrees to do the job which promises him a fabulous fortune. The journey to Lakhanpur begins—Gautam, the insurance Officer has a mission to follow Ramlal after his release. Chander has a mission to kidnap Ramlal before his release.

Seema is craving to bring her father back home from Jail after fifteen years.

• They have a common mission.

• They have to reach the same destination

• They are unaware of each other's goal.

The Journey takes various twists and turns which reveal various facts of man's greed on one hand and humanity on the other. 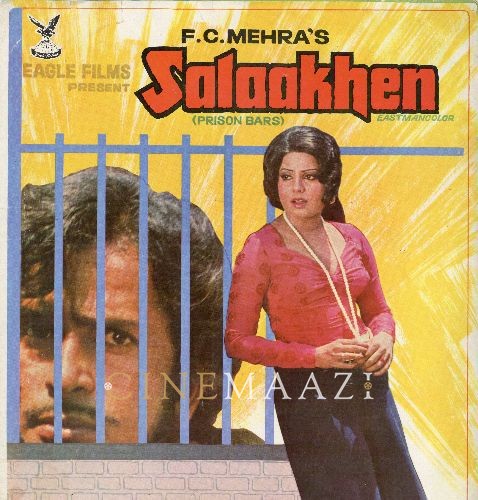