Purushottamlal while returning to India, abroad a ship, met a fellow countryman who died leaving with him, on trust, a huge sum of money for his wife and infant son. He tried to trace the widow and the child but all in vain.

To the world, Purushottamlal was a very wealthy man. His friends tried to tempt him with some business proposition or the other. One day he succumbed to the persuasions of Laxmidas and purchased a mill.

Years rolled by, Purushottamlal's hair had greyed at the temple. His young daughter Meena looked after his comforts while he eagerly awaited the arrival of his son from London.

Naresh returned to India, but with a swollen head and contempt writ large on his face for his countrymen. Purushottamlal handed him over the charge of the mill and retired.

But, on the very first day, Naresh clashed with Pradeep, the lovable young mechanic who had not only endeared himself to his fellow workers but also to Purushottamlal.

A chance accident brought Meena and Pradeep together and day by day their friendship ripened, while the gulf between Pradeep and Naresh widened. Naresh was out to break Pradeep.

Pradeep's mother was seriously ill. He wanted some money. Instead of helping him, Naresh so manoeuvered that Pradeep was taken to custody on a theft charge. Meena tried to console the poor, aged, and sick lady but the shock killed her. But before dying, she passed on to Meena the history of her miserable life.

Due to Meena's efforts, Pradeep came out of custody but he was a changed man now. The death of his mother and Naresh's behaviour had aroused in him a feeling of revenge.

Naresh had by now, so much enraged the workers of the mill that Purushottamlal decided to remove him from the mill. Naresh instructed Bihari to burn the mill. Pradeep tried to save the mill. A scuffle followed Naresh fell on a live wire and was killed instantaneously.

Pradeep was charged with the murder of Naresh. Some tell-tale evidence had fallen in the hands of Purushottamlal. Meena was helpless. Just before the trial, Purushottamlal learnt that Pradeep was the person for whom he had brought the "Amanat".

This discovery led to a terrible conflict in Purushottamlal's mind. Was he to avenge the death of his son or was he to save Pradeep and hand over the "Amanat" ? 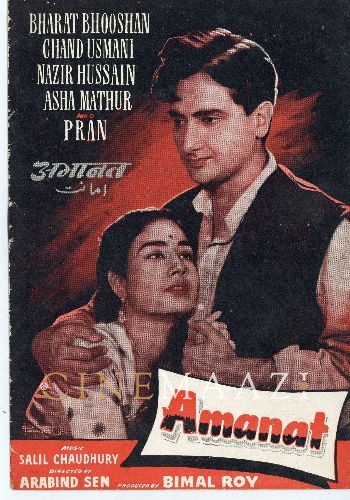 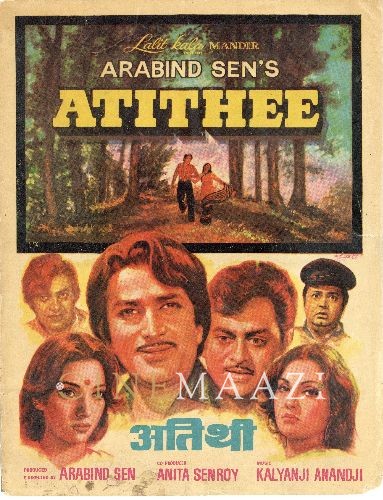 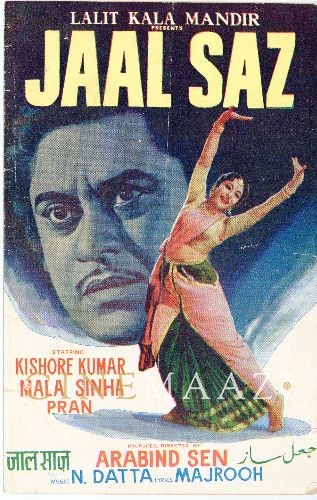