Every Soul in this World hankers for love; As it is love that makes life worth living and hence the Human Bondage of love that is ever there, since time immemorial.

Sudarshan a rating in the Indian Navy, being an orphan and having nobody to call his own, is lonely and sad.

When on a holiday in Hyderabad with is savings of Rs. 7,000/- Sudarshan meets Radha, an orphan like him, working as a nurse and companion to a wealthy invalid girl Sarla.

They soon fall in love; and when question of marriage arises Radha expresses her long cherished desire to be wedded to someone who has a complete family.

Sudarshan could understand the pangs of loneliness that she must have been experiencing like him. H assures her that he has a full family of father, mother, brother and sister; and promises to call them to Hyderabad. But Sudarshan had nobody in this world. And not discouraged by this fact of his life, he decides to create a false family for himself. He hires out a father, mother, brother and sister. But the Father is a pick pocket and a drunkard, the Mother a thief recently released from Jail; the Brother a ruthless murderer of his real brother and the Sister a dancing girl.

With such emotionless criminals he wanted to form a family and bind them with his tender love. Sudarshan's attitude, so full of compassion and understanding towards them; stirs unconsciously the human that was suppressed since long.

But then there was a stroke of misfortune awaiting Sudsarshan, Radha suddenly refuses to marry, Sudarshan is broken hearted and, thinking that Radha has ditched him, condemns her as unfaithful. But he is oblivious of the fact that she is trapped in Sarla's murder by her uncle. The make-believe false family erected by Sudarshan crumbles down and could not become a true family. Not only that, the brother fatally stabs him and robs him of his money. But the father, mother, sister; overcoming every obstacle, ignoring all risks selflessly-go all out to save his life.

Then in the fast changing situation how there is a reunion. How Radha is rescued? And the culprit Sarala's uncle is brought to book and handed over to police? How the brother's criminal mind is reformed? And finally how Sudarshan succeeds in acquiring his EK MUTTHI AASMAAN? 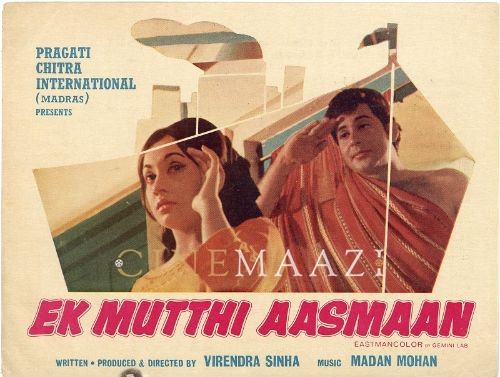 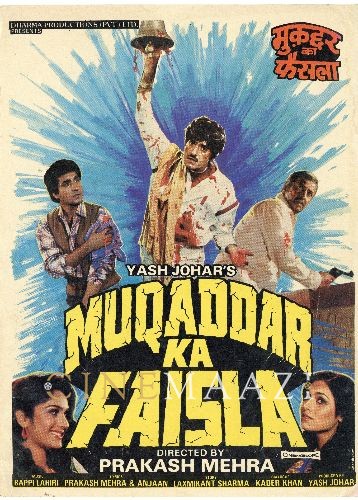 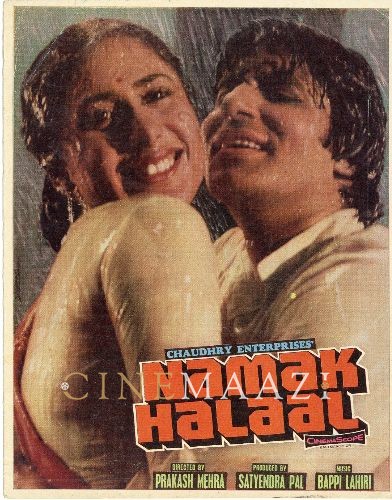