Princess Usha was the only survivor of a small princely state, and was very fond of water-sports in fact she always stood the winner in all water-sports. It was rumoured that she was one of the richest woman in the world, as her late father had amassed a very rich fortune in Gold & Jewels. But according to her age, she was still minor short by three days.

She was to attain all the wealth and jewels only on her attaining majority which was to be held only after three days but the night when she returned home after the, water-sports, she was shot by her own secretary, who very cleverly planted a girl who was incidently of similar age and looks, as the princess after cleverly manipulating to kidnap her.

This girl was forced, much against her wish to act as the Princess till the ceremony was over and all the wealth had come into secretary's possession. But the greatest shock for her came, when late Raja Sahib's will was read at the ceremony and it was declared that she would own the wealth only if she married a particular Prince of a neighbouring state. The late Princess and this Prince were lovers since their childhood, and the late Raja Sahib too immensely loved and liked the boy. At the threat to her life, she was left with no alternative to attain the wealth, but by the time the marriage was held, she really had fallen in love with the Prince who was such a charming and lovable person.

But immediately after the marriage was solemnized and the honeymoon night was over, it was revealed to the Prince that the girl was not the real Princess whom he loved, but an imposter. He thereafter tried to find out the real truth by cleverly taking her into the lake and upturning the boat, thereby finding out that the imposter did not know even swimming, while the Princess was a champion in all water-sports.

When the incident became known to the Secretary, he tried to do away with the Prince, by putting some inflammable object in his personal plane and the plane exploded in mid-air after catching fire. 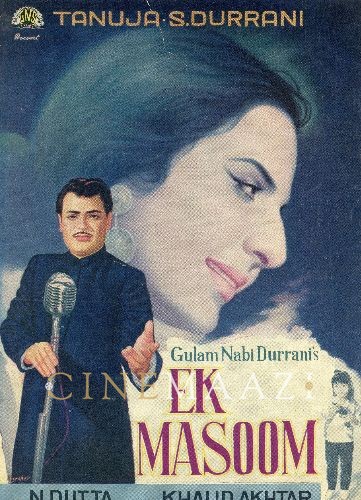