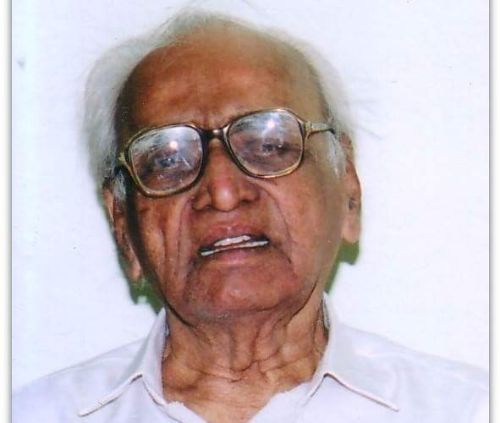 Fondly called DD, Marathi-speaking music director Datta Dawjekar contributed immensely towards the enrichment of Hindi film music. Born on 15th November 1917 in Pune, to him goes the credit for introducing ‘The Nightingale of India’ – Lata Mangeshkar, to playback singing. It was in Aapki Sewa Me (1947), which had music composed by Datta Dawjekar, that Lata, gifted with a soft, sweet voice that was very different from the style of well-established singers of that era such as Shamshad Begum, Zohrabai Ambalewali, and Amirbai Karnataki, debuted in the film music realm.

Born in Pune, Datta Dawjekar was the son of Babu Rao Dawjekar, a tabla player with the theatre company Aryasubodhini, which was owned by Sohrab Modi’s brother K. K. Modi. Datta picked up the nuances of playing the tabla by watching his father and students. He went on to learn classical singing from Suresh Bhai Mane, the brother of a well-known classical singer, Hira Bai Barodkar. He put his musical talent to use, writing and composing songs for Ganpati celebrations. Proficient in piano, he toured the country as a piano player for the well-known actress Shanta Apte’s Ballet Group. He also learnt to play the Jaltarang from Pandit Dattopant Mangal Vedekar. In the year 1935, Datta Dawjekar joined music director Suresh Bhai Mane as his assistant at Pune based film company, Saraswati Cinetone.

After his stint at Saraswati Cinetone, Datta Dawjekar went on to join music director Pandit Gobind Rao Tembe as his assistant for Navyug Studio’s underproduction Marathi film Savangadi. Alongside, he would travel to Mumbai from Pune to give singing lessons to Durga Khote and Naseem. His gift for swiftly writing down the notations of any song had left Sohrab Modi quite impressed. Hence, on the completion of the film Savangadi, Sohrab Modi offered Datta Dawjekar a job at his production company, Minerva Movietone. Dawjekar spent a few years here, looking after its music department. The first film Datta Dawjekar bagged as an independent music director was Navyug Studio’s Municipality (1941). In the year 1942, Datta’s second film Sarkari Pahune was made under the same banner and both these films proved to be big hits. In the year 1942, Master Vinayak, one of the partners of Navyug Studio left the company and shifted to Kolhapur where he founded Prafull Pictures. Datta Dawjekar was made the in-charge of Prafull Pictures’ music department.

It was at Prafull Pictures that Lata Mangeshkar met Datta Dawjekar. She was barely 14 at the time and was looking for work. Dawjekar took a liking to her voice and helped her get a job at Prafull Pictures at a monthly salary of Rs.80. Later, when Master Vinayak informed him that Lata was the daughter of late vocalist Dinanath Mangeshkar, Dawjekar’s inclination towards Lata grew because Master Dinanath Mangeshkar, who had died young, was a very respectable name among musicians at that time. Though young and burdened with responsibility, Lata was still very witty and spirited, making those around her laugh with her mimicry. Dawjekar would bribe her with chocolates to make her sing her father’s compositions, which he considered no less than a precious treasure.

Datta Dawjekar composed music for three films for Prafull Pictures - Majha Baal (1943), Chimukla Sansar (1943) and Gajabhau (1944). In the year 1945, Prafull Pictures shifted from Kolhapur to Bombay, and Datta Dawjekar also came down to the city. Here he landed a job with Young India Gramophone Company giving lessons to singers apart from looking after the recording work. Chandrama Pictures (Mumbai)’s Vasant Joglekar directed film Aap Ki Sewa Mein (1946) was Datta Dawjekar’s first Hindi film as a music director. Lata Mangeshkar’s debut song as playback singer Paa lagoon kar jori re shyaam mose na khelo hori was from the same film. It was a thumri which was picturised on actress Rohini Bhate, in addition to which Lata had two more solos in the film.

In 1952, on Lata Mangeshkar’s persuasion, the Pune-based Datta Dawjekar permanently shifted to Bombay and joined music director C. Ramchandra as his chief assistant. He worked with him for 10 long years even as he simultaneously kept composing for Marathi films, plays and documentaries as an independent music director. He wrote and composed a song Ina mina mona bass for a Marathi children’s play which apparently turned into the hit song Ina mina dika in C. Ramchandra’s film Asha (1956).

Davjekar worked with the leading names of Marathi cinema between 1941 and 1962, such as Raja Paranjape, Gajanan Jagirdar, Master Vinayak, Dinkar Patil, Datt Dharmadhikari, Rajdutt and Raja Thakur. Working in well-received films, he scored music for popular songs such as Sultan shahar ke yaar hum to municipalitywale and Sainik ho tumchyaa sathi, the royalty of which was given to the Armed Forces. He also composed music for 12 plays including Thank You Mr Glad for which he also learnt German music. He was awarded the Lata Mangeshkar Puraskar in 1995.

As a composer, he admired the works of Hridaynath Mangeshkar and Shridhar Phadke. He himself preferred to set the tune of a song first, but working with legendary lyricist G D Madgulkar he agreed to set the latter’s lyrics to tune. He even composed a 15-minute song on Madgulkar’s verse.

Interestingly, Davjekar was to later reveal that electronics and not composing was his first love. Along with his son Vijay, an electronics engineer, he developed instruments such as the sur-peti. He was also the first music director in India to use the claviolin in 1955.

Remaining musically active well into the sunset of his life, he also completed the background score for a 45-minute documentary about a group of brave men who climb Mount Everest. 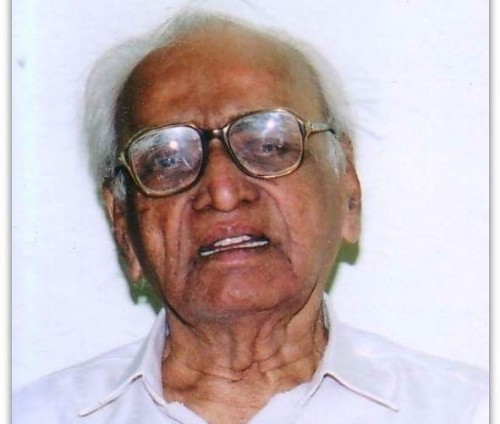