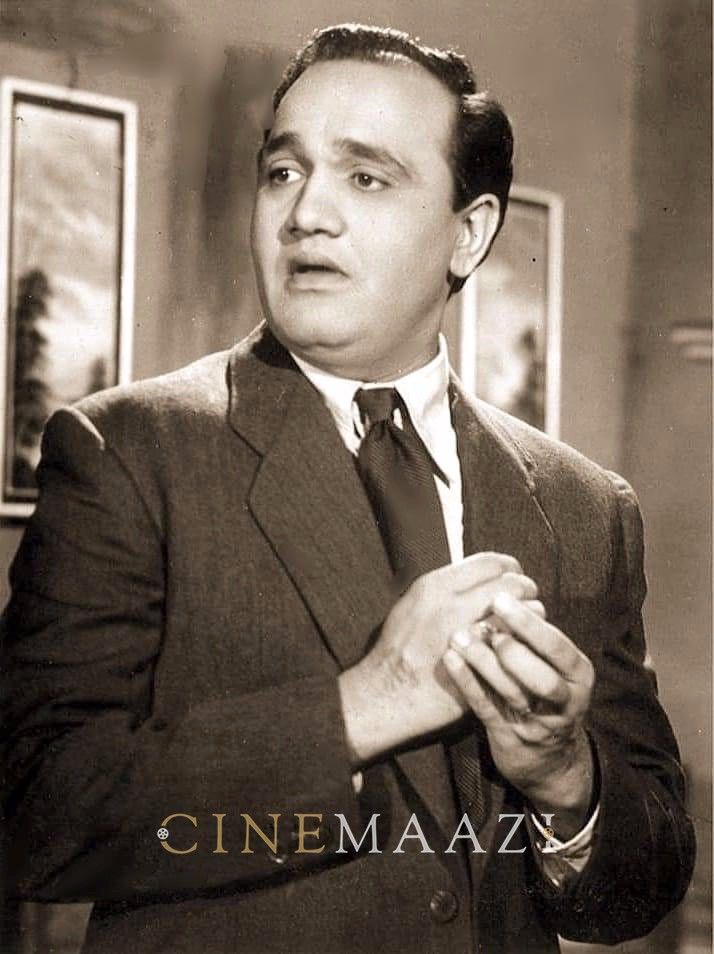 Everyone has a favourite character actor in Hindi cinema. While the term ‘character actor’ doesn’t do justice to the likes of Motilal, Nadira, Balraj Sahni, Pran, Mehmood, Aruna Irani, Amrish Puri, Anupam Kher or Boman Irani — for the simple reason that their prowess far surpasses the limits imposed by the tag — it nonetheless persists in popular Hindi cinema.

Amongst these names also rests Om Prakash, one of the most enduring, beloved actor when it comes to character artistes in Hindi films. For almost four decades since the mid-1950s to the mid-1980s, Om Prakash continued to be a colossus who not only complimented many leading men and women across generations but also stood his own irrespective of whom he shared the frame with.

Born Om Prakash Chibber on 19 December 1919 in Jammu, the actor began his career with All India Radio and became popular by the name of ‘Fateh Din.’ Before the partition, Om Prakash featured in a few films directed by Dalsukh Pancholi and became a familiar face thanks to his debut Daasi (1944) and later Dhamki (1945) and Aai Bahar. After India’s independence, he shifted to Bombay and went through a very tough time in the pursuit of acting jobs. He had almost given up when BR Chopra, who was still a film journalist, egged him to carry on.

This was a period where a restaurant owner’s kindhearted gesture ensured that Om Prakash didn’t give up on his dream. Legend has it that struggling for weeks on end Om Prakash had not eaten a decent meal in days and in desperation ordered food that he couldn’t afford to pay. After eating to his heart’s satisfaction a penniless Om Prakash walked up to the restaurant owner and told him that he could do whatever he deemed fit with him. Those were days when the partition of India had displaced millions and such incidents were quite common. Om Prakash told the owner that he was a good actor and would make it big one day and for some reason, the owner believed him and told him that he could pay him whenever possible. Om Prakash never forgot the incident and later in life never shied away from paying it forward.

A few days later Om Prakash landed the role of the villain in a film called Lakhpati (1948). It was his role in Azaad (1955) that changed the course of his career and soon Om Prakash was one of the most recognizable faces in films across the decade. He carved a unique space for himself where he could fit opposite anyone including the top three male stars of the era Dev Anand, Dilip Kumar, Raj Kapoor – and also be part of smaller films where he wouldn’t be relegated to being just the comic relief.

By the mid-1960s he also featured as the lead in films like Dus Lakh (1966) and Sadhu Aur Shaitaan (1968) and while he continued to feature as the funny man (Pyar Kiye Jaa (1966), Padosan (1968)) or the staple father-uncle numbers (Tere Ghar Ke Saamne (1963), Do Kaliyaan (1968)) his moment of the decade arrived with Gopi (1970). Portraying the role of Dilip Kumar’s elder brother who falls upon bad times, Om Prakash’s was such a power-packed performance that many believed he even overshadowed the thespian in some scenes.

Traditionally, popular Hindi cinema slots actors who cannot become the lead in the conventional sense and rarely give them a chance when it comes to roles that break the stereotype. In that aspect, Om Prakash managed to get a few roles that although defined as ‘character’ or ‘supporting’ parts allowed him more leeway than the standard fare he had come to be identified with. Beginning with Buddha Mil Gaya (1971) where he played the mysterious affable old man who could also be avenging the crimes against him by systematically killing people who harmed him, Om Prakash also featured as the quasi lead along with Ashok Kumar in the Rajesh Khanna starrer Dil Daulat Duniya (1972), a film that Rajesh Khanna did primarily as a tribute to Om Prakash and Ashok Kumar.

He also played the villain after a long time in another Rajesh Khanna smash hit, Apna Desh (1972) and began his long onscreen association with Amitabh Bachchan with Parwana (1971). In fact, it was while working in Parwana that Om Prakash noticed Bachchan’s acting prowess and never let go of an opportunity to pitch the then up and coming actor. Bachchan, who was going through a harrowing phase as an actor, was suggested by Om Prakash and Pran as the possible lead in Zanjeer (1973) to Prakash Mehra after Dharmendra, Raaj Kumar, and Dev Anand passed on the offer for some reason or the other.

In 1975 Om Prakash featured in two films that immortalised him as an actor and also ensured that every generation of Hindi film audiences would continue to discover him as they came of age. In Hrishikesh Mukherjee’s Chupke Chupke (1975) Om Prakash’s comic timing was at its best as the Hindi loving Raghavendra Sharma and although hovering around being overtly stereotypical, his god-fearing drink enjoying Catholic rail engine driver in Julie (1975) created the image of the loving elder that he would later perfect in Prakash Mehra’s Namak Halaal (1982).

In Chupke Chupke Om Prakash ensured that the narrative didn’t lose its resonance with the presence of a superstar such as Dharmendra and even today the alchemy between the two remains as potent. Later in films like Namak Halaal and Sharabi (1984) where he shared a major part of the films’ screen time with Bachchan, Om Prakash was the perfect anchor that didn’t let the superstardom of the man in front of him, who was also labelled a ‘one-man industry’ overshadow the proceedings.

As the 1980s trudged along Om Prakash ji featured in films like Chameli Ki Shaadi (1986) where his roles were more of a presence than full-fledged characters but still, nothing seemed to be missing when it came to enthralling the viewers.

This article was originally published in Firstpost on 19 December 2017. The images used in the feature were not part of the original article and is taken from Cinemaazi archive.
1387 views