To be summoned to the Police Station was not a new experience for Geeta. She was being summoned here once in every two or three months on a complaint by someone or the other. Sometimes she threatened to break someone's teeth and the Inspector would always let her off after warning her to behave in future.

But this time when she emerged from the Police Station, some children surrounded her as she was walking on the road. They embraced her, addressing her all the time as "Teacher Didi, Teacher Didi". From the children, she came to know that their teacher was locked up at the Police Station and Geetaa's face very much resembled that of their teacher. On returning to the Police Station when she saw another girl looking exactly like her standing behind the iron bars, she recollected her mother's statement to her that she had a twin sister who was once lost in a fair. Neeta told Geetaa that she was innocent and she had not murdered Mohan. Who was this Mohan? To know this, Geetaa reached the residence of Neeta. There she came to know that Neeta's parents had picked up Neeta from the fairgrounds twenty years ago. They were not Neeta's real parents. When Geeta communicated this good news to her mother, the tears of love flowed down the cheeks of the old mother. The mother told Neeta that they also had two brothers who were separated from them at the time when the dacoits attacked the fair and people ran helter-skelter in the consequent panic. The mother begged mercy for her daughter from the  Police Inspector and when the Inspector refused to release Neeta, then Geetaa vowed to find out the identity of the real murderer of Mohan and to thus secure the release of her sister. Geeta met accidentally a smuggler named Raja and when she came to know that the deceased Mohan was a colleague of Johnny and Raja, she started playacting a romantic role with Raja. But when one-day Geetaa saved Johnny and Raja from being burnt alive in a raging fire, Johnny permitted her to be admitted into his gang.

To convince Johnny of her loyalty to him, Geetaa helped Raja and Johnny in robbing gold from a railway train in motion. Facing police bullets, Raja was seriously injured and Geetaa again saved his life as he was trying to escape. Raja, at last, began to believe in her love. But when Geetaa disclosed the true purpose of her joining the gang, that she was interested in securing the co-operation of Raja in handling over Mohan's true murderer Johnny to the police, then Raja was stunned. In the meanwhile, Johnny's mind was poisoned that Raja and Geetaa had conspired to act against him and to betray him and had informed the police about the Gold business. Geeta and Raja now found their lives hanging by a slender thread held by the ruthless fingers of Johnny. The mere pressing of an electric button would have reduced Geetaa to a lifeless statue of wax.
But Johnny would not press the button.

What true relationship Geetaa had with Johnny?

Why did the police inspector leave his official job and come to the rescue of the accused Geeta?

Was Neeta released from the prison?

To find the true answers to all these perplexing questions, see the most talked-about motion picture of the year - "GEETA MERA NAAM"! 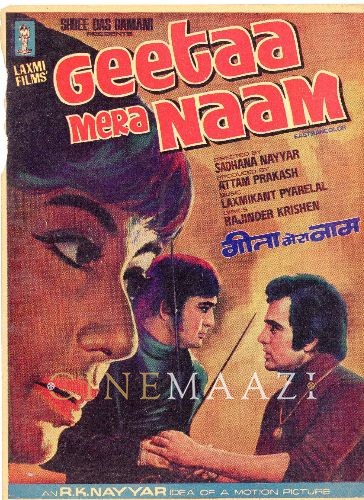 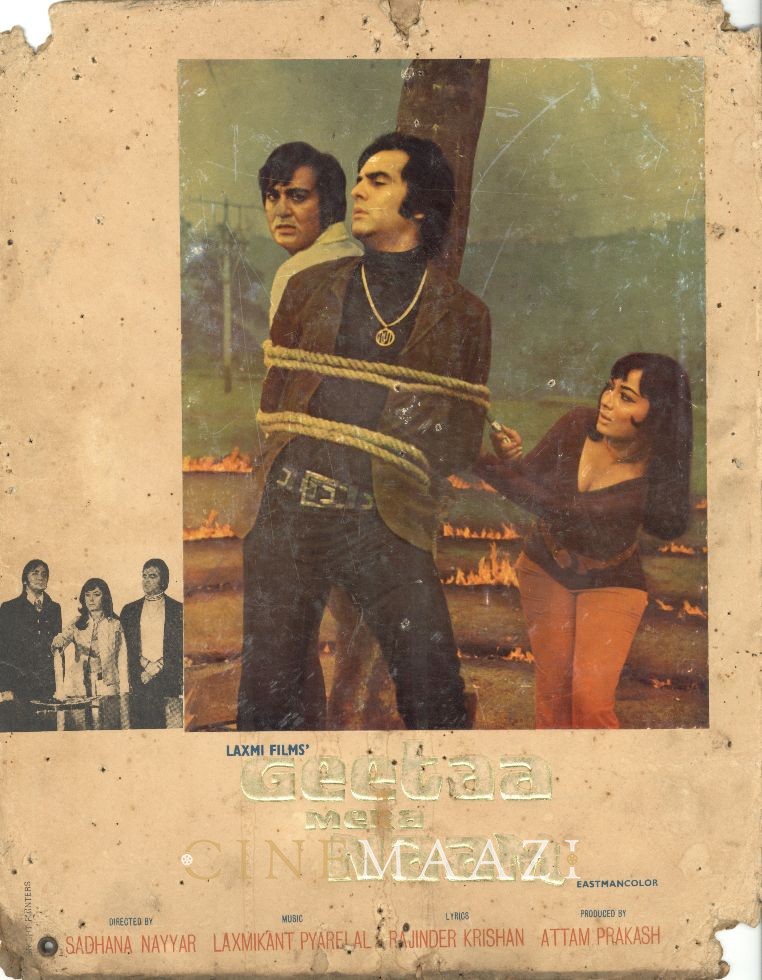