Jaandar is the story of a man blinded by the greed of money. Dharma (Amjad Khan) loved his innocent daughter Radha (Baby Samir) but only second to wealth. His one desire was to see that his daughter ate from dishes of silver and gold. Dharma needed lots of wealth to fulfill this dream, and this became a barrier between him and his mother Ganga (Nirupa Roy).

One day a smuggler offered to pay a huge sum of money to Dharma if he could bring the necklace adorouing an idol of goddess Durga. Dharma performed this daring feat but in the process the puraji of the temple (Satyen Kappo) and his wife (Urmeela Bhat) died at his hands. The two sons of pujari, Birju (Master Raju) and Raju (Master Bittu) on seeing their parents soaking in a pool of blood shrieked and lifting the trident which had killed their parents vowed to avenge the murderer. The law moved swiftly but before that Dharma had absconded with his daughter. Ganga held both the boys close to her heart and vowed to take on Dharma in front of them. But fate willed otherwise. The elder brother Birju separated from his younger brother Raju and Ganga. Time elapsed but the wounds of heart did not heal.

Raju (Vinod Mehra) brought up with love and care by Ganga grew-up to become a police inspector. Birju on the other hand become a modern Rohin Hood, robbing the rich and helping the poor. His associate was Kundan (Ameet-Yusuf) whose sister Bijli (Aruna Irani) was madly in love with Birju but he was yet nursing the childhood wounds of his heart which were still raw.

Raju was in search of his elder brother as well as the murderer of his parents. Dharma who by this time was throwing dust in the eyes of the law as set Dharamdas. After successfully becoming a barrister from London, 'Dharamdas' daughter (Bindiya Goswami) reaches Bombay. Dharamdas with the help of his keep (Padma Khanna) and Robert (Sujeet Kumar) play a dirty trick on Raju by which he is sentenced to seven years' imprisonment. This case is won by Radha. However, Raju escapes from the jail with the help of Ustad Suleman (Rala Murad) and Pakeezah (Jagdeep).

When Gulkhan (Jeetendra) came to know that the man who helped him to become an honest citizen, Inspector Raju, though innocent, has become a criminal in the eyes of the law, he vows to turn every stone to remove this blot from Raju's reputation. Raju succeeded in evading the law but he could not hide from the roving eyes of Seth Dharamdas. With the help of his business partner Robert, Seth Dharamdas played such an intrigue that Raju became the sworn enemy of his elder brother Birju and both the brothers were out to drink the blood of each other.

Was Raju able to draw the blood of Birju - or was Birju able to do so?

Could Dharma feed his daughter Radha in the dishes of silver and gold?

Did the barrier between Ganga and Dharma collapse?

Were Raju and Birju able to take revenge on their parent's murderer?

Was Ganga able to fulfill her vow?

Could Gulkhan wipe off the blot on the character of Raju?

Who were Ustad Suleman and Pakeezah?

Did the clever Dharma who was successful in throwing dust in the eyes of the law come into the clutches of Law?

To know the above and what happens in the thrilling and spine chilling climax you must see the Writer, Producer & Director S.K. Luthras film JAANDAR. 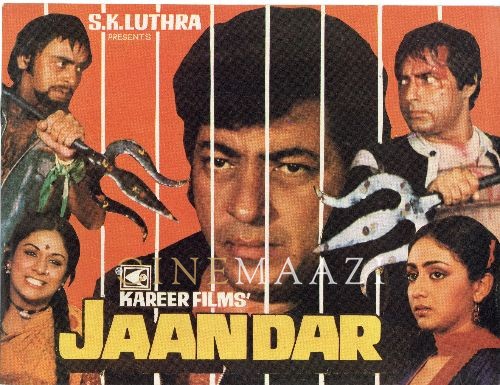 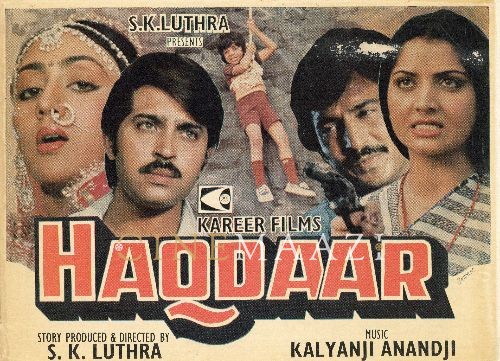