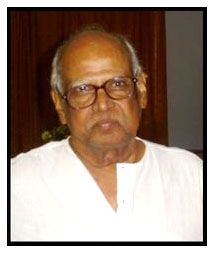 Padma Shri award winning director Sattiraju Lakshminarayana or Bapu, as he was better known, was also a well-known artist and cartoonist. His directorials are renowned for their “aesthetic sensibility, simplicity, keen observation of life, subtle humour and authentic representation of Indian and Telugu culture and values”. He made his directorial debut in 1967 with the path-breaking Telugu film, Saakshi. Shot completely outdoors, it was screened at the Tashkent Film Festival (1968).

He directed approximately 37 films in Telugu starring NTR, A. Nageswara Rao, Krishna, Chiranjeevi, and Mohan Babu, among others. His last film was Sri Rama Rajyam in 2011. His Hindi directorials include Hum Paanch (1980), Bezubaan (1981) with Shashi Kapoor, the Anil Kapoor starrer Woh Saat Din (1983), Mohabbat (1985), Mera Dharam (1986), Diljala (1988), Pyaari Behna (1985), Prem Pratigyaa (1989) and Paramaatma (1994). His mythological, Sita Kalyanam (1976) was screened at the London, Chicago, Berlin, San Reno and Denver International Film Festivals and is also part of the course at the British Film Institute. His key directorials Saakshi (1967), Tyagayya (1981), Pelli Pustakam (1991) and Sri Rama Rajyam (2011) were also screened at key festivals. Among the many honours he won in the course of his career, are the National Film Award for Best Feature Film in Telugu – Mutyala Muggu (1975), National Film Award for Best Feature Film in Telugu – Mister Pellam (1993), President of India Rashtrapati Award from the Academy of Fine Arts, Tirupati, and Life Time Achievement Award from Indian Institute of Cartoonists – 2001, besides seven state Nandi Awards, and two Filmfare Awards South, among others. He was equally famous for his aesthetic lines, cover designs and fonts.

Born Sattiraju Lakshminarayana on 15 December, 1933, at Narasapuram in Andhra Pradesh to Sattiraju Venugapala Rao and Suryakantham, he completed his B.Com in 1953 and BL in 1955 from Madras University. He had a passion for drawing, which made it his vocation. He started his career as a cartoonist for Andhra Patrika. Dabbling in painting and writing for several years; his work, especially his depiction of the Ramayana and the Bapu Bomma series, left an indelible mark on the Telugu population across the world.

His creative streak eventually drew him to the silver screen, and he made his directorial debut in 1967 with the Telugu film, Saakshi. Scripted by Mullapudi Venkataramana, the film was shot completely outdoors. Considered a path breaker in Telugu cinema, it was screened at the Tashkent Film Festival (1968). He went on to direct films that are considered milestones in Telugu cinema, such as Sampoorna Ramayanam (1972), Ramanjaneya Yuddham (1975) and Seeta Kalyanam (1976). His historicals such as Thyagayya (1981), Bhakta Kannappa (1976) and Shreenatha Kavisarvabhouma (1993) became immensely successful. His long-term association with Mullapudi Venkataramana, saw the Bapu-Ramana duo team up to produce several popular films for the Telugu screen. Among them are Radha Kalyanam (1981), Mutyala Muggu (1975), Mr Pellam (1993) and Pelli Pustakam (1991). The duo also directed Mana Voori Pandavulu (1978) which won the Filmfare Award for Best Film - Telugu.

Bapu’s films received considerable attention and acclaim. His mythological, Sita Kalyanam was screened at the London, Chicago, Berlin, San Reno and Denver International Film Festivals and is part of the course at the British Film Institute. His directorials Tyagayya and Sreerama Rajyam were also screened at International Film Festivals. Exploring the medium of the small screen, he directed a 40-hour Telugu TV serial, Sri Bhagavatham in 1996 – 2004 for ETV.

Famous for his tasteful lines, cover designs and fonts, he designed and illustrated several books for leading publishers in South India, of which five even received Government Awards. He is also well-known for his illustrations for innumerable works drawn from the puranas and folklore. Bapu’s illustrations for stories, book covers, and cartoons in Telugu, Tamil (Kalaimagal Diwali Malar) and English periodicals brought across the core of a literary work via a few simple strokes. Bapu enhanced many famous literary works in Telugu, from classical poems to modern verse and short story, with his illustrations.

Collaborating with Mullapudi Venkataramana, at the request of the then Andhra Chief Minister N.T. Ramarao, Bapu produced audio-visual lessons for primary school children. This was a unique contribution to education in 1986-88. He had also developed lessons for adult literacy. Budugu, an illustrated tale created by Bapu and Ramana about a child’s view of life, is a classic in Telugu literature. In 1964, Bapu was a delegate at the UNESCO sponsored seminar in Bangalore on Children's Books; he also went on to give demonstrations for the training course programme on book illustrations and cover designs sponsored by UNESCO in Chennai. In the 1960s he has served as art Consultant for Ford Foundation sponsored The Southern Language Book Trust.

Bapu received several recognitions and honours in the course of his career such as the Asthana vidwan (Chitrakar), Tirumala Tirupathi Devasthanams (1979); AP Government’s Raghupati Venkaiah Award (1987); Honorary Doctorate (Kalaprapurna), Andhra University (1991); Visishta Puraskaram, Potti Sriramulu Telugu University (2003); Honorary Doctorate, Venkateswara University (2005). The Golden Jubilee of his first publication was celebrated in Chicago by the Telugu Association of North America (TANA) in 1995. He received the Lifetime Achievement Awards from Raja Lakshmi Foundation (1982), Indian Institute of Cartoonists (2001), AP Press Academy (2002), AP Government, Crowquill Academy (2002) and World Telugu Federation (2004). He was named as one of the 11 Telugu Velugulu (Light of Telugu) by the AP Government and was honoured by the President of India at the World Telugu Conference 2012 at Tirupathi. He was also awarded the Padma Sri award.

Telugu director Sri Vamsy made a documentary on Bapu in 1996, which won the Andhra Pradesh Government’s Nandi award. Bapu also featured in another documentary in the Doordarshan documentary series, ‘Eminent Cartoonists of India.’

Bapu passed away on 31 August 2014, following a heart attack. He was given a state funeral by the Government of Tamil Nadu. 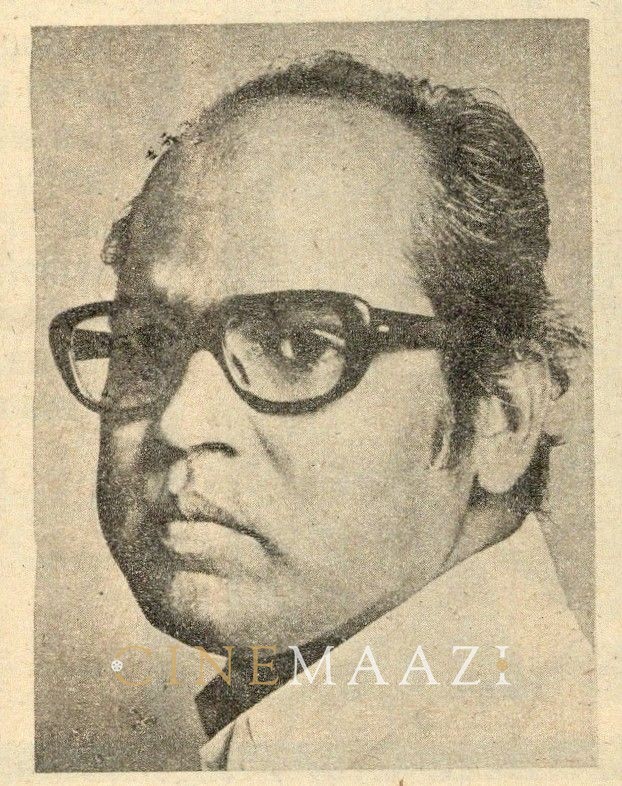