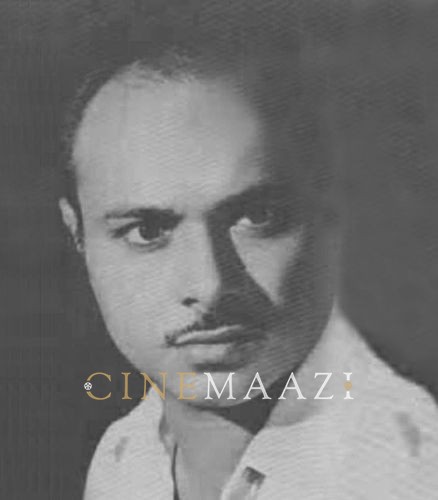 Mohammed Shafi was a music director, arranger and sitar player, known for composing music for films such as Hulchul (1951), Aabshar (1953), Bazooband (1954), and Do Mastaane (1958). He was also an arranger and assistant to Naushad for nearly 14 years.

Born in the 1920s, Mohammed Shafi’s father Majid Khan died when was very young. This compelled him to start work at a very young age. Due to his command over the sitar, he gained employment with New Theatres. He assisted in New Theatres’ music and contributed considerably to films like Kapaal Kundala (1933) and Aandhi (1940).

In 1942, he assisted Basheer Dehlvi for Tajmahal Pictures’ Ujala where the hero of the film, Prithviraj Kapoor played the role of a sitar player. Mohammed Shafi got his independent break with Haqdaar in 1946. He composed music for approximately 18 Hindi films as a music director and worked as assistant, arranger and background score composer for several films. He also scored for two Marathi films.

Mohammed Shafi had a long association with Naushad, that lasted approximately 14 years. It is said that when he was assisting Naushad for Mughal-e-Azam (1960), filmmaker K. Asif would send a car to pick up Shafi for playing the sitar for the background music. Shafi is also remembered for giving Suman Kalyanpur a chance to sing Koi pukare dheere se tujhe for Mangu (1954).

On the personal front, Mohammed Shafi was married to Vilayat Khan’s sister, Zeenat.