Lala Balwant Rai, affectionately known as Lalaji, is a big business magnate of Calcutta having business establishments at various places, including the picturesque hill station of Darjeeling and its adjoining areas. His granddaughter Arti, who is an apple of his eye studies at Darjeeling.

Arti meets a young villager, Somu, in a train while coming home during vacation, when the latter accidentally enters into the compartment occupied by her and her friends. Finding the boy to be a simpleton, Arti and her friends make fun of him to their hearts content.

Arti arrives at home accompanied by her friend Sushma and escorted by her relative Pran who has designs to marry her but whom she actually detests. Lalaji proposes two boys of his choice to Arti for marriage but she declines to arrive at any decision unless she had met and studied them for herself. Lalaji permits her to do so and Arti meets the two boys with the help of her cousin Murli, in disguise, and comes to the conclusion that both of them were absolutely unsuitable for her.

When Arti arrives back home after testing the boys she is informed that Lalaji had left for Darjeeling and soon after she receives a news that he has had an heart attack. Arti rushes to Darjeeling accompanied by Pran, Sushma and the family doctor. And on her arrival overthere Lalaji informs her that the cause of his ailment was the shock that he had received from his relatives Gyan, Jeevan, Paro and Lajwanti all of whom were mercilessly trying to swindle him. Lalaji tells her that if she wanted to see him cured she should get married without any further delay and suggests that Pran would not be bad choice for her. Arti shivers with the thought of Pran, therefore, speaks hurriedly that she already selected a boy from herself. Lalaji gets relieved to hear it and asks her to bring the boy to him without a moment's delay.

Arti and Sushma set out in search of the 'boy'. As luck would have it, they meet the same boy, Somu, in a street whom they had met in the train. They beg of him to help them by acting as Arti's lover, and the latter agrees to do so after finding from her mother that there was nothing wrong in speaking a lie if it was for a good cause.

Arti presents the boy to Lalaji as a modern young man belonging to a very rich family and Lalaji gets fully convinced about him. But Pran with his wicked intelligence finds out the truth about Somu and gets him exposed on the day of the engagement ceremony and gets his mother so much humiliated that she finally dies of the shock.

Arti now becomes sympathetic towards Somu and declares openly that she could not live without him. Lalaji gets infuriated to hear that but gradually realises that Somu, though poor, was not a bad boy for her. And to remove the gulf of status between Somua and them he declares that he would give all his wealth and property to some charitable institutions. The declaration causes a stir in the family and they decide to declare Lalaji as a mentally deranged person and consequently hatch a plot for the same.
Pran goes to Lalaji with loaded revolver. Lalaji with his clever manouvering gets possession of the revolver and shoots at him....

What happens after that? Does Lalaji get arrested? Do Somu and Arti get married?

For answers to all that please come and see 'MAN KA MEET'. 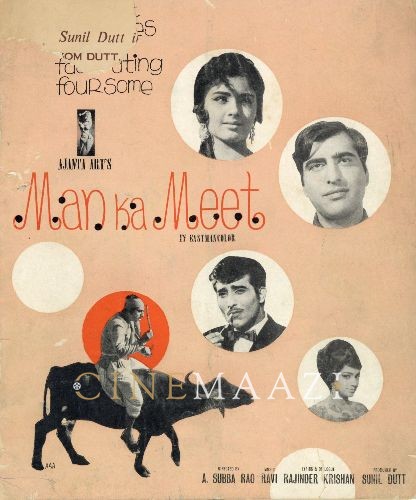 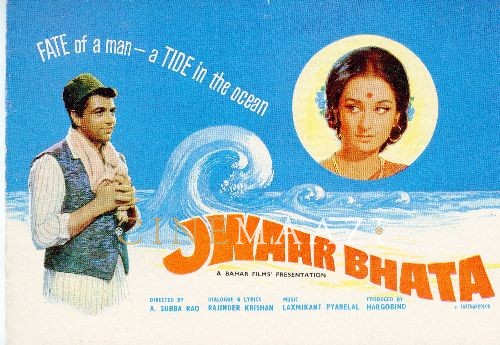