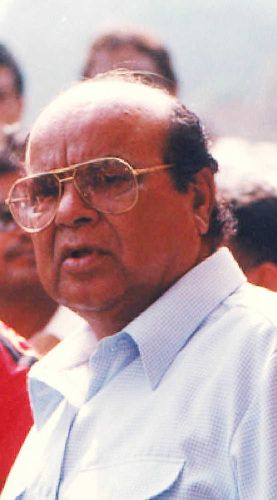 He also produced some of his directorials, such as Gaddaar, Lafange, Phaansi, Mangal Pandey, Phaansi Ke Baad, Nagina, Nigahen, Heer Ranjha, Dulhe Raja, and Akhiyon Se Goli Maare.
Malhotra’s Nagina was a big hit. A fantasy romance which he produced and directed, it starred Sridevi as Rajni, a Nagini who marries a civilian to avenge the death of her spouse at the hands of an evil saint. It also starred Rishi Kapoor, Amrish Puri and others. It went on to be dubbed in Telugu as Naagini. Nagina was theatrically released on 28 November, 1986. It achieved widespread success grossing over Rs.13 crore at the box office, becoming the second-highest-grossing Indian film of 1986. Its success was a watershed moment in Indian cinema, as a woman-centric movie went on to become a massive commercial success. Nagina is also considered one of Sridevi's finest performances. The sequel to the film Nigahen: Nagina Part II failed commercially.

His Dulhe Raja was a comedy film starring Govinda, Raveena Tandon, Kader Khan, Johnny Lever, Prem Chopra and Asrani. The film followed the adventures of Raja, a poor man, who opens a fast-food restaurant right opposite a five-star hotel run by its owner Singhania. The film played a role in Govinda’s rise to stardom during the 90’s.

Malhotra’s Heer Ranjha starred Anil Kapoor and Sridevi, along with Anupam Kher, Shammi Kapoor. It was based on the legend of Heer Ranjha, the epic poem Heer by Punjabi poet Waris Shah, written in 1766. His Kismat was an action thriller film starring Govinda and Mamta Kulkarni, while Patthar Aur Payal starring Dharmendra, Vinod Khanna, Hema Malini revolved around two brothers whose parent was hanged due to a Thakur having given a false statement in court. His directorial Cheetah was an action film starring Mithun Chakraborty, Ashwini Bhave, and Shikha Swaroop. It told the tale of an honest and diligent inspector who is murdered with his family.

As a writer, Harmesh Malhotra penned the screenplay of Nigahen.

Harmesh Malhotra passed away on 22 November, 2005.