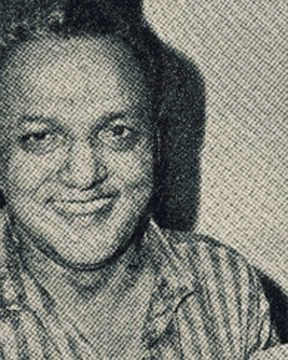 Nawathe went on to make his debut as independent director with Aah. A romantic drama film starring Raj Kapoor and Nargis in lead roles, its theme of the tragic hero and the sufferings of the heroine was inspired by Sarat Chandra Chattopadhyay's famous novel Devdas. The end of the film was eventually changed from a tragic one to the happy one, but the change did not fit into the thematic unity of the text. Aah had a below average performance at the box office. However, it also had various hit songs which are considered classics, such as Raja ki aayegi baaraat, Aaja re ab mera dil pkara, Jaane na nazar, and Chhoti si yeh zindagani.

In Nawathe’s Sohni Mahiwal (1958), he again worked with Bharat Bhushan and Nimmi, both leading stars of the era. This historical romance had music by Naushad, and was based on the legendary tragic romance of Sohni Mahiwal.

Raja Nawathe’s Gumnaam (1965) remains one of his most noteworthy films. The film was apparently inspired by the 1939 Agatha Christie mystery novel And Then There Were None. A suspense thriller, it was a box office hit, becoming the 8th highest-grossing film in India in 1965. Starring Manoj Kumar and Nanda in the lead roles, the film had hit music by Shankar-Jaikishan.

Bhai-Bhai, Nawathe’s film of 1970, starred Sunil Dutt in a double role and Asha Parekh in the lead. A suspense drama, the story revolved around Dutt, playing the role of a writer, whose character from his story seemingly comes to life killing people. This makes him a police suspect. The film performed above average at the box office. It had music by Shankar Jaikishen with lyrics by Hasrat Jaipuri.

With Manchali (1973), Nawathe explored a different genre—that of comedy. A romantic drama, the film starred Sanjeev Kumar and Leena Chandavarkar in the lead. The story was based on the novel Swayamber by Satyendra Sharat, with shades of Shakespeare’s Taming of the Shrew. The film is also memorable for Sanjeev Kumar’s comic performance. With music by Laxmikant-Pyarelal, the title track of the film became very popular.

Raja Nawathe was married to actress Chitra of Marathi and Hindi films. She danced in Hindi films under the screen name Kumud.