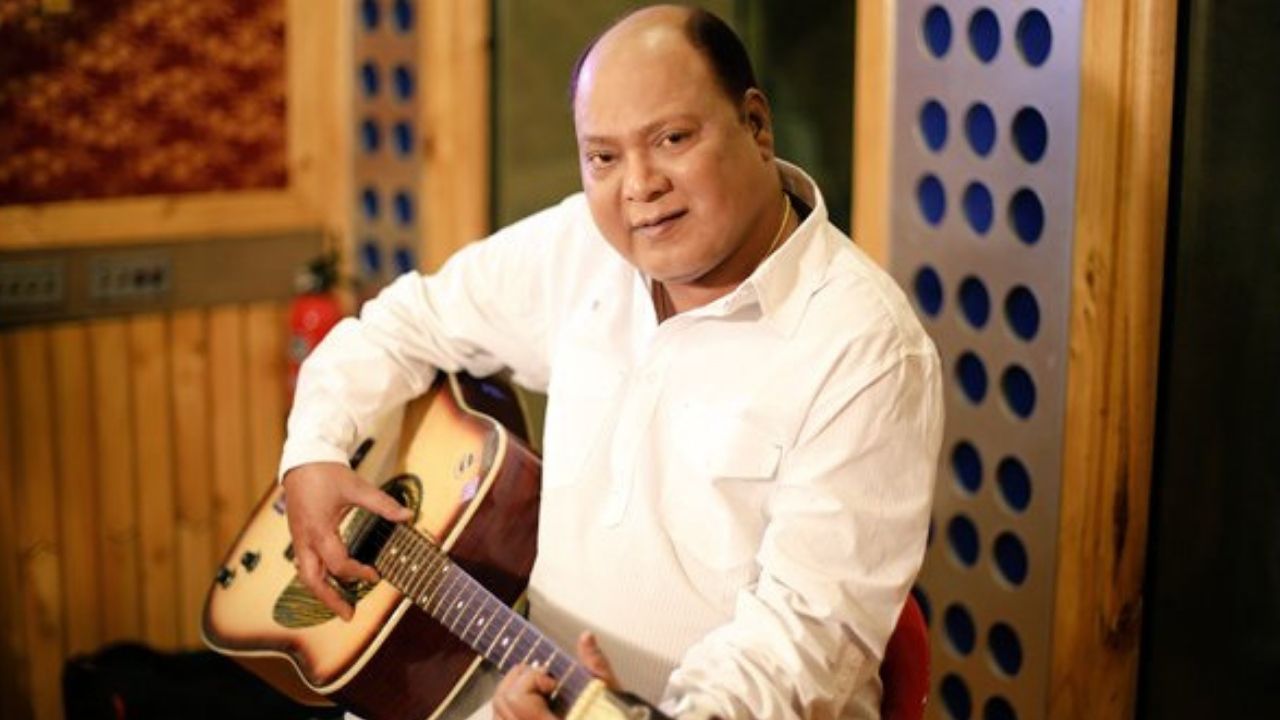 The death of Mohammed Aziz, one of the most sought after playback singers in Hindi cinema in the 1980s, sent many on a major nostalgia trip. As the one-time voice of almost all leading male actors of the decade from Amitabh Bachchan, Anil Kapoor, and Sunny Deol to being a part of some of the biggest hits of the era, Aziz’s voice would practically dominate all playlists from the period. In fact, nostalgia was probably one of the biggest factors in the arrival of a whole bunch of singers following the sudden demise of Md. Rafi. Despite having started later than Anwar and Shabbir Kumar, the two ‘other’ Rafi clones, it was Aziz who ended up becoming the ‘voice’ of the decade.

The ‘rediscovery’ of Rafi towards the second half of the 1970s saw music directors make a beeline to sign on the legendary singer. In the early part of the decade, Rafi had developed a throat condition that limited his singing assignments for a brief while. It was also the post-Aradhana (1969) phase where Kishore Kumar had become the more popular male voice dominating the airwaves. Following Rafi’s death in 1980, the industry was on the lookout for someone to fill the space but more than looking at someone new, many within the business were keen to find a substitute for the singer in the literal sense.

It was around this time that Anwar had made an impact with two songs from Mehmood’s Janta Hawaldar (1979) - Teri aankhon ki chahat and Humse ka bhool hui (Music- Rajesh Roshan, Lyrics- Majrooh Sultanpuri). If Rajesh Khanna, the actor for whom the songs were filmed, was impressed with Anwar’s Rafi-esque voice, the singer himself was taken aback when he heard Anwar sing Kasme hum apno jaan ki from the film, Mere Gharib Nawaz (1973) (Music by Kamal Rajasthani, Lyrics by Mehboob Sarvar). Legend has it that Rafi asked his staff when did he sing the song as he couldn’t recall and later added that Anwar could be his replacement. But it was Shabbir Kumar, another up-and-coming singer who was famous for conducting ‘Rafi Nights’ and imitated the legendary singer, who became the go-to Rafi replacement. Manmohan Desai had asked around for a singer to replace Rafi in Coolie (1983) and Kumar sang six songs in the film for Amitabh Bachchan. It was in the same year where RD Burman used him as the voice of debutant Sunny Deol in Rahul Rawail’s Betaab (1983) and the success of the film cemented his position.

Both Anwar and Shabbir Kumar could have merrily divided most of the songs among themselves as they seemed to suit two different styles of Rafi’s singing. Kumar could manage the romantic duets and the so-called mandatory chartbuster number for each album while Anwar was near flawless when it came to soulful solos and replace Rafi in duets with other male singers like the title track from Feroz Khan’s Qurbani (1980). Anwar began to quote higher than everyone else and a misunderstanding with Raj Kapoor during the making of Prem Rog (1982) changed the course of his career. According to the singer, his secretary goofed up on the dates but industry folklore suggests Kapoor was miffed with the young singer asking him for too much money that he replaced him and the word spread. As Shabbir Kumar pipped Anwar to the post, Mohammed Aziz emerged as the dark horse and soon became the first option after Kishore Kumar.

Born in West Bengal, Aziz, fondly known as Munna, made a name for himself after singing in restaurants in then Calcutta and a few Bengali films later, he shifted to Bombay. Like, in the case of Shabbir Kumar, it was Manmohan Desai who played a major role in getting Aziz in the centre of attention. Desai had given his regular Laxmikant-Pyarelal (L-P) a miss and opted for Anu Malik to compose the music for Mard (1985) and while it was Shabbir Kumar who sang most of the songs, Aziz ended up singing the title track, Mard taangewala (Lyrics- Prayag Raj). The film was highest grosser of 1985 and being the ‘voice’ of Bachchan, immediately placed Aziz on the same pedestal as Shabbir Kumar. The same year, Aziz had a duet with Kishore Kumar in Geraftaar (1985) (Yaaron pe kurbaan hone yaar aaye hai (Music- Bappi Lahiri, Lyrics- Indeevar) and the next year, Aziz sang all the songs for Bachchan in Aakhree Raasta (1986) and more than anything else eased into the Laxmikant-Pyarelal camp.

The late 1980s were a period where RD Burman was going through a lean patch and L-P were enjoying a resurgence of sorts, which helped the spotlight shine squarely on Aziz. This was also a phase where Kishore Kumar was Bappi Lahiri’s go-to-voice and became selective. By the time he passed on in 1987, Aziz had become as prominent as Shabbir Kumar and in fact, ended up singing the top song in the biggest hits of the year - 1985 (Mard), 1986 (Aye watan tere liye, Karma), 1987 (Na zulm na zalim ka, Hukumat, Aap ke aajane se, Khudgarz), 1988 (My name is Lakhan, Ram Lakhan), and 1989 (Main teri mohabbat main, Tridev).

Despite some monstrous hits and being associated with the most memorable songs between 1985 and 1990, Aziz’s career underwent a major change with the arrival of new singers such as Udit Narayan and Kumar Sanu. The success of Qayamat Se Qayamat Tak (1988) both as a film and its soundtrack, ushered in a new phase of music in Hindi films. Narayan’s was an ‘original’ voice and for the first time in decades, no one seemed to miss the past.

Between 1988 and 1990, where the Anand-Milind composed Dil became the year’s highest-selling album, a lot had changed. Narayan was slowly becoming the toast of the town and this was evident from the fact that Ghayal (1990) released in the same year and on the same day as Dil despite being a success in terms of music seemed from an entirely different era. Even today, if one were to compare Shabbir Kumar’s Sochana kya jo chi hoga dacha jayega to Narayan singing Mujhe neend na aaye or Hume ne ghar chhoda hai the former pales in terms of ageing well.

One of the other factors that added to Aziz slipping away was the end of the line for L-P. The newer music composers Anand-Milind, Nadeem-Shravan and Jatin-Lalit had for their own preferences for singers. Moreover, the nostalgia factor that worked for Shabbir Kumar and Aziz now worked against them as the pining for Rafi was replaced by a longing for Kishore Kumar, which was filled by Kumar Sanu and Abhijeet. In some serendipitous manner, Aziz’s career came a full circle where a couple of songs for Bachchan in Khuda Gawah (1992) became a few of his last big hits.

The comparison with Rafi notwithstanding, there is a notion that perhaps we were a tad too unkind to Mohammed Aziz and later Kumar Sanu for rekindling Rafi and Kishore Kumar. The immensely gifted Aziz had a vast range and could sing a variety of songs with such ease which often got overlooked because he sounded like Rafi. Few singers and actors get a chance to pay an ode to their idols on screen and Aziz got a chance to do in a memorable way. In Kroadh (1990), Aziz sang Mohammed Rafi tu bahut yaad aaya that featured Amitabh Bachchan paying a tribute to Rafi. There was more to Aziz than being a Rafi clone and for what its worth one gets an idea of his singing prowess after hearing a Sonu Nigam redux of Aziz’s hit from Khudgarz - Main se meena se from Love Breakups Zindagi.

This article was originally published on December 4, 2018 in Firstpost. ( https://www.firstpost.com/entertainment/mohammed-aziz-was-more-than-just-a-rafi-clone-he-was-the-most-prominent-voice-of-bollywood-in-the-1980s-5670081.html )