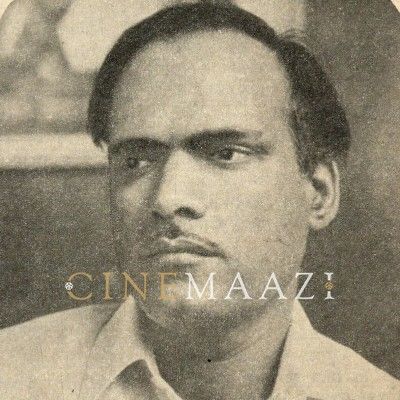 He had started out in films as an assistant/ associate director, working on Naag Padmani (1957), Anpadh (1962), and Aap Ki Parchhaiyan (1964). He turned independent filmmaker in 1970 with Pehchan, which he both produced and directed. The film starred Manoj Kumar, Babita, and Balraj Sahni. This romance genre film won several Filmfare awards including Best Supporting Actress for Chand Usmani, Best Music Director for Shankar Jaikishan, Best Lyricist for Verma Malik, and Best Male Playback Singer for Mukesh for the song Sabse bada nadaan. The story revolved around Barkha, a rich city girl, who falls in love with Gangaram, a village boy who does not know English and is unemployed. Barkha's mother finds out that she wants to marry Gangaram and refuses to accept him.

His Be-Imaan which hit the screen in 1972 won a slew of Filmfare awards. He picked up the Best Director award for the film. The film also bagged the Best Movie Award, Best Actor Award for Manoj Kumar, Best Music Director Award for Shankar Jaikishan, Best Male Playback Award for Mukesh, Best Lyricist Award for Verma Malik, and Best Supporting Actor Award for Pran, who apparently refused to accept it as a sign of protest, as he believed the award for Best Music should have gone to Pakeezah (1972). It revolved around the story of Mohan, who abandons his love, on the eve of his engagement. On the run, he turns into a safe-breaker and thief. The word be-imaan means untrustworthy. Mohan lives up to the term through his actions. However, in saving Meena from a bunch of thugs, her father, Thakur Ram Singh in gratitude, adopts the fugitive and calls him Lala, with affection. During a chance encounter with Seema, Mohan pretends to be someone else. The proceedings reveal why Mohan turned into a thief and safe-breaker. The reasons involve two police officers, who are forced to make hard choices between their lives, their child's life and the call of duty.

Released in 1975, Sanyasi, his drama starring Manoj Kumar and Hema Malini, became the third highest grossing film of the year. The narrative was different and unusual, with scriptwriter Ram Kelkar adding many twists and turns, from one scene to the other as well as in the subplots, amply supported by Ved Rahi, who penned the dialogue.

His directorial Natak had a star cast that included Vijay Arora, Moushumi Chatterjee, and Snehlata, while his 1984 release Paapi Pet Ka Sawaal Hai starred Rajesh Khanna, Jaya Prada, and Shatrughan Sinha. Incidentally, when the latter was announced in 1976, the original lead was to be Manoj Kumar. His film Awara Baap, which released in 1985, starred Rajesh Khanna, Meenakshi Sheshadri, and Rajan Sippy. The film revolved around the life of a rich man and his son, where the son lives happily with his wife, but after giving birth to a child his wife dies. The story takes a turn when he starts falling for another woman.

His directorial Paisa Yeh Paisa, which released in 1985, had a star cast comprising Nutan, Jackie Shroff, Meenakshi Seshadri, Deven Verma, Bindu, Gulshan Grover, and Amrish Puri. The film revolved around the attempts of a widowed woman Laxmi, who uses the wealth she apparently inherits to win the acceptance of the extended family for her lonely nephew Shyam. His 1990 directorial Tadap starred Sujata Mehta, Chunky Pandey, Meenakshi Seshadri, Shekhar Suman and Nana Patekar. The film attempted to make young women of marriageable age aware of the desirable qualities in a life partner.

On the personal front, he was married twice to Sheela Sohanlal Ghai and Snehlata Sohanlal Ghai, a former actress who acted opposite Dheeraj Kumar in Samaanta (1972). His daughter Trishna Kanwar, born to him and Snehlata, also got into acting, featuring in Karan (1994) opposite Vindoo Singh. Her original name is Meena. His other daughter Anita Kanwar, from his marriage to Sheela, is often wrongly mistaken for the actress by the same name.