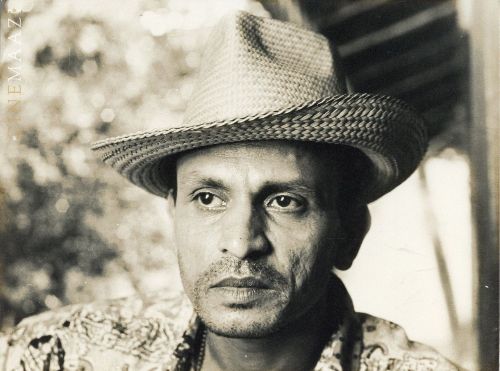 Actor, singer, director, radio jockey and television presenter, Annu Kapoor has featured in several films in the course of his career spanning more than 30 years in the Hindi film industry. Making his debut in the award-winning film Mandi (1983) directed by Shyam Benegal, he is known for films such as Khandhar (1984), Damul (1985), Mr India (1987), Ram Lakhan (1989), Jamai Raja (1990), Hum (1991), Darr (1993), Vicky Donor (2012), The Shaukeens (2014), Dharam Sankat Mein (2015), Saat Uchakkey (2016), Jolly LLB 2 (2017), Dream Girl (2019), and Chehre (2021). Proving his versatility and talent, he established his credentials as an actor and performer. He also became popular nationwide as host of the long-running TV musical show Antakshari, as well as the radio show, Suhaana Safar With Annu Kapoor. Awards he has been honoured with include the National Film Award for Best Supporting Actor in Vicky Donor, the V Shantaram Award for Best Director for Abhay (1995), a Filmfare Award for and two Indian Television Academy Awards.

He was born Anil Kapoor in Itwara, Bhopal on 20 February, 1956, to Madanlal, a Punjabi father with roots in Peshawar and Kamal, a Bengali Brahmin mother. He was exposed to the arts early—his father owned a travelling Parsi theatre company, while his mother, an Urdu teacher, was a trained classical singer. A brilliant student, financial constraints compelled him to quit his studies after his secondary education, and relinquish his wish of entering the IAS. Becoming an actor by default, he joined his father’s theatre company, travelling to small villages and towns of Northern India to perform. He performed lead roles in more than 250 musical folk and Parsi plays.

Coming to Delhi in the late 1970s, he joined the National School of Drama, where he had the opportunity to work with eminent theatre personalities from across the world. Introduced to the realm of theatre and literature, he performed key roles in plays like Antim Yatra directed by Barry John, Three Sisters which was written by world famous classic writer Anton Chekhov and directed by Ebrahim Alkazi, The Great God Brown written by American playwright Eugene O’ Neill, The Zoo Story penned by the famous Edward Albee and Ek Ruka Hua Faisla directed by his elder brother Ranjit Kapoor.

Moving to Bombay in the 1980s, he arrived in the city with Rs.419. 25 paise in his pocket on June 29, 1982. He caught the attention of noted filmmaker Shyam Benegal, who cast him in his 1983 film Mandi. He essayed the role of a doctor in the film which is a satirical comedy on politics and prostitution, starring Shabana Azmi, Smita Patil and Naseeruddin Shah. It was the start of a successful career of over three decades and several memorable performances in more than 30 films.

His performances have won applause from audiences and critics alike. Vicky Donor saw him essay a desperate fertility expert with quirky conviction, while in Jolly LLB 2 he played an advocate who can go to any limit to ensure the innocence of his client—even if he is guilty. In 7 Khoon Maaf he played Priyanka Chopra’s fifth husband, a police officer who saves her from prosecution for two murders in exchange for marriage. Aitraaz saw him play a lawyer fighting on the good side, while Mr India featured him in a small and funny role as Sridevi’s boss and the newspaper editor Mr Gaitonde, who is plagued by cross connections on his office telephone. In ChaalBaaz, he played the part of Tribhuvan’s servant Daddu, who is Anju’s only support in the cruel household.

He made his debut as director with Abhay in 1994. It won the Best Children’s Film – Swarna Kamal Award at the 42nd National Film Awards, while he won the Best Director – V. Shantaram Award. The film revolved around the Nayak family who disregard rumours that the house they have moved into is haunted by the ghost of its former owner Rana. Their three children take delight in these ghost stories and desire to meet the ghost. Meanwhile, Rana and his fellow ghost, unhappy with this intrusion, plot to scare the new owners. As the living pit their wits against the ghosts, secrets tumble that not just shed more light on the ghosts’ pasts, but also show that children are not meek creatures to be cowed down by the fear of the unknown. The starcast included Nana Patekar, Benjamin Gelani and Moon Moon Sen, while music was scored by Vishal Bhardwaj. He has also directed several plays.

A major turning point in Kapoor’s career came in 1992 when he hosted Antakshri, a musical show on television. His anchoring, combined with his knowledge of music and singing talent, won wide appreciation, marking him as the brand identity of the show, which he hosted for approximately 12 successful years. A pioneer of musical reality shows on television in India, he also went on to host Wheel Smart Shrimati, which touched the highest TV ratings in the category of game shows in India. His performance as the saint-poet Kabir in the eponymous serial was also praise-worthy. He also produced a musical talent contest for children titled Aao Jhoomein Gaayen for SAB TV, and a Bengali-language musical talent-hunt show, Gaan Gaao Taaka Naao on Rupashi Bangla TV. His radio programme Suhaana Safar with Annu Kapoor comes with the tagline "Filmy Duniya Ki Kahi Ankahi Kahaniya". It recreates the magic of the golden era of Hindi cinema with unforgettable melodies and untold stories.