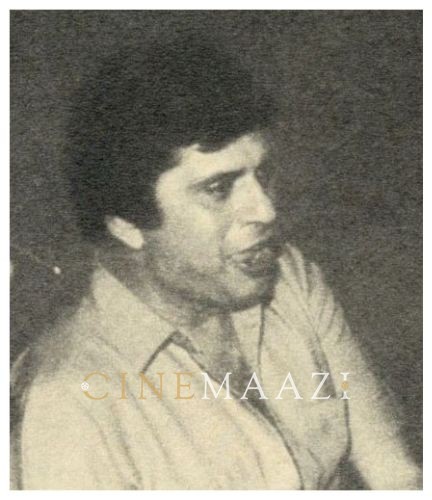 Film and television director, producer and screenwriter, Ravi Chopra portrayed the beauty of family ties on the big screen through his directorials such as Baghban (2003) and Baabul (2006). Films he directed include Zameer (1975), The Burning Train (1980), Mazdoor (1983), Aaj Ki Awaaz (1984), Pratigyabadh (1991), and Kal Ki Awaz (1992). A multi-talented personality, he had also penned stories of films like The Burning Train and Baabul. He also increased the popularity of mythology as a genre on the small screen, via the hit series Mahabharat, Ramayan, and Vishnu Puran, among others.

He was born on 27 September, 1946 to mother Prakash and well-known filmmaker father B R Chopra, who founded B R Films. He began his career assisting his father in films such as Dastaan (1972) and Dhund (1973). He is also said to have assisted his paternal uncle Yash Chopra in Ittefaq (1969). In 1975, he made his debut as director with Zameer (1975). Produced under the family banner, B R Films, it was an action-drama starring Amitabh Bachchan, Saira Banu, Shammi Kapoor, Madan Puri and Vinod Khanna. It was commercially successful, with its music by Sapan Chakraborty also being well-appreciated.

It was followed by Tumhari Kassam in 1978, starring Jeetendra, Navin Nischol, and Moushumi Chatterjee. This was not a home production but was produced by C.V.K. Sastry for the Associated Films & Finance Corporation film banner. It had music by Rajesh Roshan.

In 1980, he directed the action thriller disaster film, produced by B R Chopra – The Burning Train. The film, now considered a cult classic, featured a large all-star cast, featuring Dharmendra, Hema Malini, Vinod Khanna, Parveen Babi, Jeetendra, Neetu Kapoor, Vinod Mehra, Navin Nischol and Danny Denzogpa in pivotal roles with music composed by R D Burman. The plot revolved around a train named the Super Express, which catches fire on its inaugural run from New Delhi to Bombay. This film was said to be inspired by the Japanese disaster movie, The Bullet Train (1975).

His directorial Mazdoor (1983) had a star cast comprising Dilip Kumar, Nanda, Raj Babbar, Suresh Oberoi, Rati Agnihotri, Padmini Kolhapure, Iftekhar, Madan Puri and Johnny Walker. The plot revolved around a labourer-turned-businessman who faces challenges after the marriage of his children. The music of the film was scored by R D Burman. It was said to be veteran actress Nanda's final appearance before she retired from acting.

Aaj Ki Awaaz, his action drama film, starred Raj Babbar, Smita Patil, Nana Patekar, and Vijay Arora, with music by Ravi. It told the story of a professor who becomes a vigilante after his sister is raped and his mother, killed. The censor board had reportedly objected to certain scenes of the film, and cleared it when it was re-edited.

His Dahleez (1986) starred Jackie Shroff, Raj Babbar and Meenakshi Sheshadri in lead roles along with Smita Patil, Aruna Irani, Zarina Wahab and Shafi Inamdar in supporting roles. It told the tale of Mrignaini and Shekhar, who love each other; however, due to a misunderstanding, Mrignaini decides to leave him. She then marries another man. Her life comes crashing down when Shekhar reappears in her life.

His Mithun Chakraborty-starrer Pratigyabadh told the story of a simple man and his brother (Kumar Gaurav), their love and the hurdles they face in life.

The 1992 release Kal Ki Awaz which he directed, revolved around the son of the chairman of a bank who is abducted and held for ransom. DSP Ali intervenes, but is unable to save the child. Later, his world is turned upside down when his daughter is kidnapped. It starred Dharmendra, Raj Babbar and Amrita Singh.

In 1988-1989, he directed the TV series Mahabharat, which was produced by his father B R Chopra. This Hindi-language epic television series was based on the ancient Sanskrit epic of the same name. The original airing consisted of a total of 94 episodes. The script was written by Pandit Narendra Sharma and the Hindi/Urdu poet Rahi Masoom Raza, based on the epic by Vyasa. Each episode, running from 40–46 minutes, began with a title song comprising lyrical content and two verses from the Bhagavad Gita, rendered by singer Mahendra Kapoor. The narration that followed was provided by voice-artist Harish Bhimani as a personification of Time, highlighting the spiritual significance of the content of the episodes. Mahabharat, along with Ramayan (1987), became one of the most successful television series based on an epic in Indian television history.

After the death of his father B R Chopra in 2008, he produced Bhoothnath (2008) and Bhoothnath Returns (2013). The former, a supernatural comedy film written and directed by Vivek Sharma, starred Amitabh Bachchan, Juhi Chawla, Aman Siddiqui, Priyanshu Chatterjee and Rajpal Yadav with Shah Rukh Khan in a cameo appearance. It received positive reviews from critics and also became a success at the box office. Its sequel titled Bhoothnath Returns, co-written by Sharma and written and directed by Nitesh Tiwari was released in 2014. The film revolved around Bhoothnath (Amitabh Bachchan) who is mocked in a ‘Bhoothworld’ for his inability to scare children before being sent back to earth to redeem himself. On the demand of the Election Commission of India, the film was granted tax-free status by the Uttar Pradesh government. The film, it was claimed, gave a strong social message and made people aware about their rights as voters such as making voter ID cards and not treating polling day as holiday.

He was served with a legal notice in 2009 by 20th Century Fox, which charged that his upcoming movie Banda Yeh Bindaas Hai had blatantly plagiarised the 1992 Hollywood comedy My Cousin Vinny. The charges were denied by B R Films; however, Fox sought damages of $1.4 million, and the film remained unreleased.

In the realm of television, he also directed Ramayan (2001), a television adaptation of the ancient Indian epic of the same name, primarily based on Valmiki's Ramayana, Tulsidas' Ramcharitramanas, Kalidasa's Raghuvaṃśa and Kambar's Kambh Ramayana . Scripting was by Ram Govind and Research by Satish Bhatnagar, Hasan Kamal and Shafiq Ansari. Each episode began with a title song sung by Vinod Rathod and ended with a doha or couplet sung by Manoj Mishra and written by Maya Govind.

Chopra also directed mythological shows like Vishnu Puran and Ma Shakti. His TV series Aap Beeti was one of the most popular TV shows on Doordarshan National in the early 2000s.

On the personal front, he had married Renu Chopra in 1975. The couple had two sons – Abhay Chopra and Kapil Chopra.

In 2012, he was diagnosed with a severe lung ailment. He was treated for lung cancer. Ravi Chopra died on 12 November, 2014 at Breach Candy Hospital in Mumbai where he had been admitted a few days earlier. He was 68. Offering condolences on his passing, director Farah Khan described him as "one of the nicest, kindest and big hearted soul". Actress Divya Dutta, who worked with him in Baghban, said he was "full of life", while music composer Vishal Dadlani called him "one of the most gracious gentlemen", and actor Rohit Roy said he was "definitely the nicest man I've worked with in the film industry". 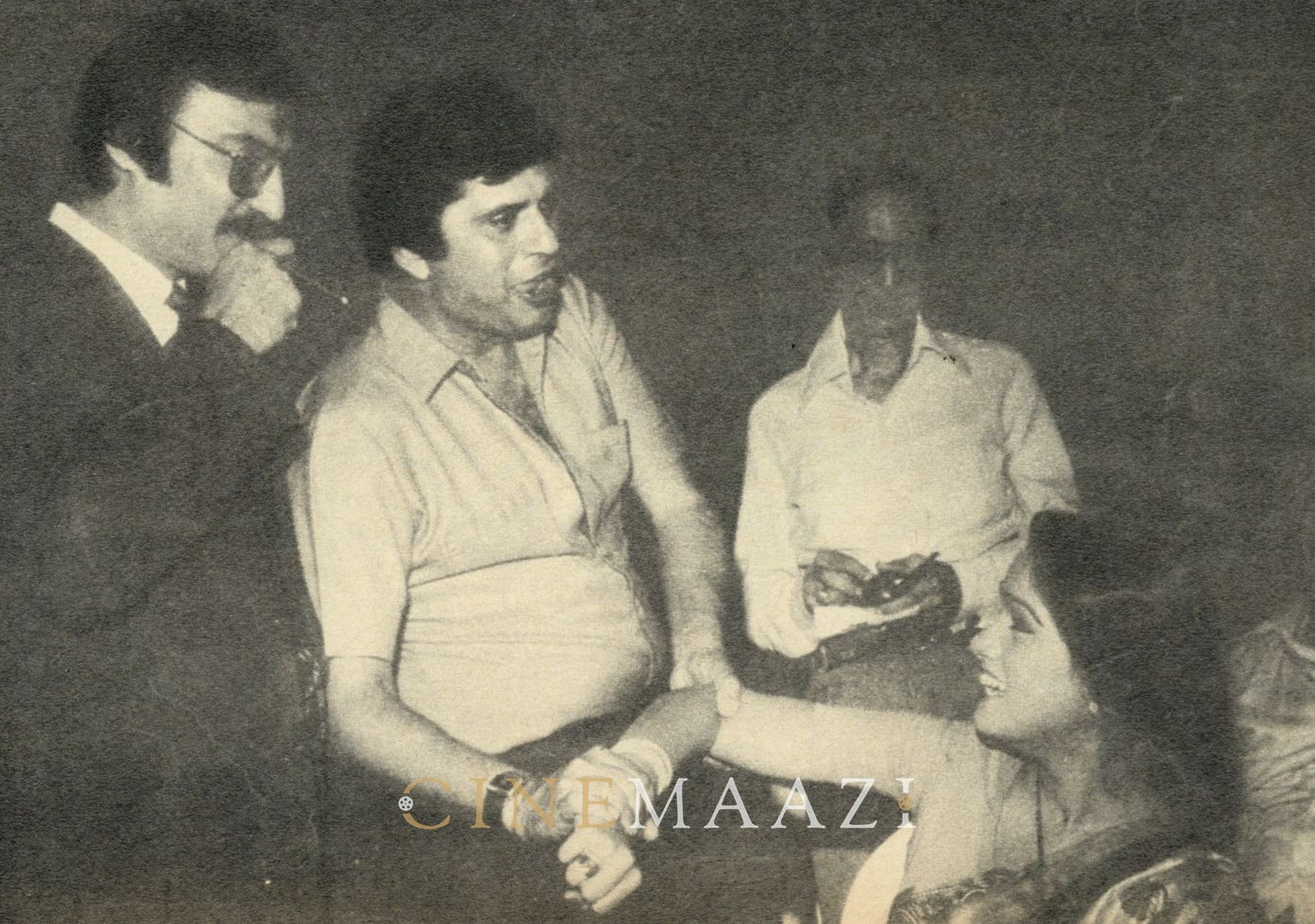