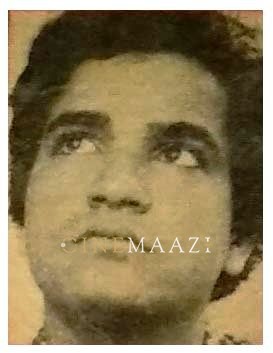 Born Suresh Ishwar Wadkar on 7 August, 1955, in Karvir, Kolhapur, he started his musical training under the classical musician Jialal Vasant when he was just 8. Impressing his music teacher with his skill, he began doing stage shows at a young age. He was later encouraged by Vasant to work towards earning the Prabhakar certificate offered by the Prayag Sangit Samiti. Considered the equivalent of a BEd degree, it qualified the awardee to teach professionally. Successfully acquiring the Prabhakar certificate, Wadkar joined Arya Vidya Mandir school in Mumbai as a music teacher.

He went on to enter and win the Sur-Singar competition in 1976. He was awarded the Madan Mohan Best Male Singer Award. The contest was judged by composers from the film industry, including Jaidev, who went on to offer Wadkar the song Seene mein jalan in the film Gaman (1978). He had made his debut in playback singing the popular song Briste pare tapur tupur in Rajshri Productions’ family drama film Paheli (1977), with music scored by Ravindra Jain.

Wadkar’s voice found favor with the queen of playback, Lata Mangeshkar, who went on to recommend him to music personalities such as Laxmikant–Pyarelal, Khayyam, and Kalyanji-Anandji. He rendered a duet Chal chameli bagh mein with Mangeshkar in the Laxmikant-Pyarelal-composed film Krodhi (1981). Going on to sing for Hum Paanch (1980), and the song Megha re megha re for Pyaasa Sawan (1981), he became widely popular with Raj Kapoor’s Prem Rog (1982).

While he went on to produce the film Tanman.com, he has also appeared as a judge on the television singing show Sa Re Ga Ma Pa L'il Champs and at the 2005 Sanjeet Awards.

Among the awards Wadkar has won are the 2004 Lata Mangeshkar Puraskar instituted by the Madhya Pradesh government, the 2007 Maharashtra Pride Award given by the government of Maharashtra to citizens of note, the National Film Award for Best Male Playback Singer for the song Hey Bhaskara kshitijavari ya from the Marathi film Mee Sindhutai Sapkal (2010), topped by the Padma Shri in 2020 for his work in the field of arts.

Married to classical singer Padma, the couple has two daughters, Ananya and Jiya. In 2007 his daughter Ananya made her debut in playback singing with the song Mera jahan from the film Taare Zameen Par. In 2016, his daughter Jiya made her singing debut with the music album Sapnon Ka Gaon.