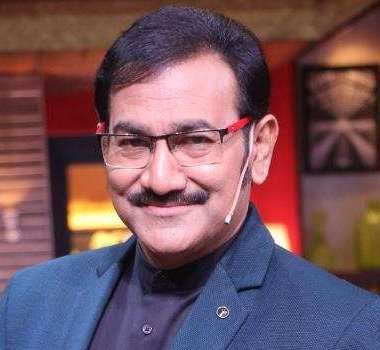 Born on 1 July, 1960, he studied in Ambedkar College, Wadala. He received his first major break in playback singing in the film Zalzala in 1988. The action adventure film directed by Harish Shah starred Dharmendra, Shatrughan Sinha, Rajiv Kapoor, Anita Raj, Kimi Katkar, Vijayeta Pandit, and Danny Denzongpa, and was said to be a loose rehash of the 1969 Western, Mackenna’s Gold. He rendered the song Holi aayi re, aayi re aayi holi aayi with Shailendra Singh, and Anuradha Paudwal. With films such as Agneepath and Saudagar following, for which he rendered Ganpati apne gaon chale, and Emli ka boota respectively, he established himself as a popular singer in the realm of Hindi film playback.

While recording an episode for the TV show Sa Re Ga Ma Pa Li'l Champs, he had revealed a funny anecdote from the days when he got his break in the 1988 film, Zalzala. Apparently, Asha Bhosle had once heard him sing in the voice of SD Burman or Sachin da, as he was popularly known, at a studio. Prominent music director SD Burman is also the father of R D Burman (popularly called Pancham da), who was married to Asha Bhosle. When Asha Bhosle met Sudesh Bhosle again in person, she asked him to sing a song in front of her. He did so, closing his eyes and rendering Sachin da's song Doli mein bithai ke from the film Amar Prem (1972). A couple of days later, he received a call from Pancham da's manager on his neighbour's telephone, asking him to reach the music studio by 10 am with his passport. When he reached the room, he saw many well-known artistes there along with Asha Bhosle and R D Burman. As soon as Asha Bhosle saw him, she pointed him out to Pancham da saying, 'Yes, that's the guy'. Much to his surprise, Pancham da, in a very different tone, said, ‘Mere baap ki awaz mein gaate ho' (you sing in my father's voice). All a nervous Sudesh Bhosle could say was that he was just a fan of his father’s. Apparently, what Asha Bhosle had done was, after hearing Sudesh sing, she had a cassette recorded with his voice, without any music. She played it one day when Pancham da had gone to take a shower. Hearing it, Pancham da was shocked because he felt like he was hearing his father singing outside, while Sachin da had actually expired years ago!

After that incident, Pancham da decided to take him along to Hong Kong in 1986 where he sang many songs in voices of different artistes. When he sang Sun mere bandhu re, Pancham da gave him a hug and said that he would record his first song with him after they reached Mumbai. And that was how he got his first break in Zalzala, because of Pancham da.

Bhosle is also known for his skill as a mimicry artiste, and served as a professional dubbing artist for several artists like Sanjeev Kumar and Anil Kapoor. He dubbed for Sanjeev Kumar when the actor died prematurely before completing the film Professor Ki Padosan. He is also known to mimic numerous stars including Ashok Kumar, Amitabh Bachchan, Vinod Khanna, Sunil Dutt, Sanjeev Kumar and Mithun Chakraborty.

A large part of his success is due to his uncanny ability to sound like Amitabh Bachchan. A popular singing voice of the legendary actor, Bhosle has rendered several Bachchan songs such as Jumma chumma de de, Meri makhna meri soniye, and Sona sona. Apparently, Bachchan’s message is also the first to arrive in his inbox on his birthday.

Bhosle also produced and served as a judge on K For Kishore, a singing contest on Sony Entertainment Television. The show was created to determine which of the 12 contestants, all professional and seasoned singers, was best able to sing songs 'similarly' to singer Kishore Kumar. The show featured popular judges and music directors.