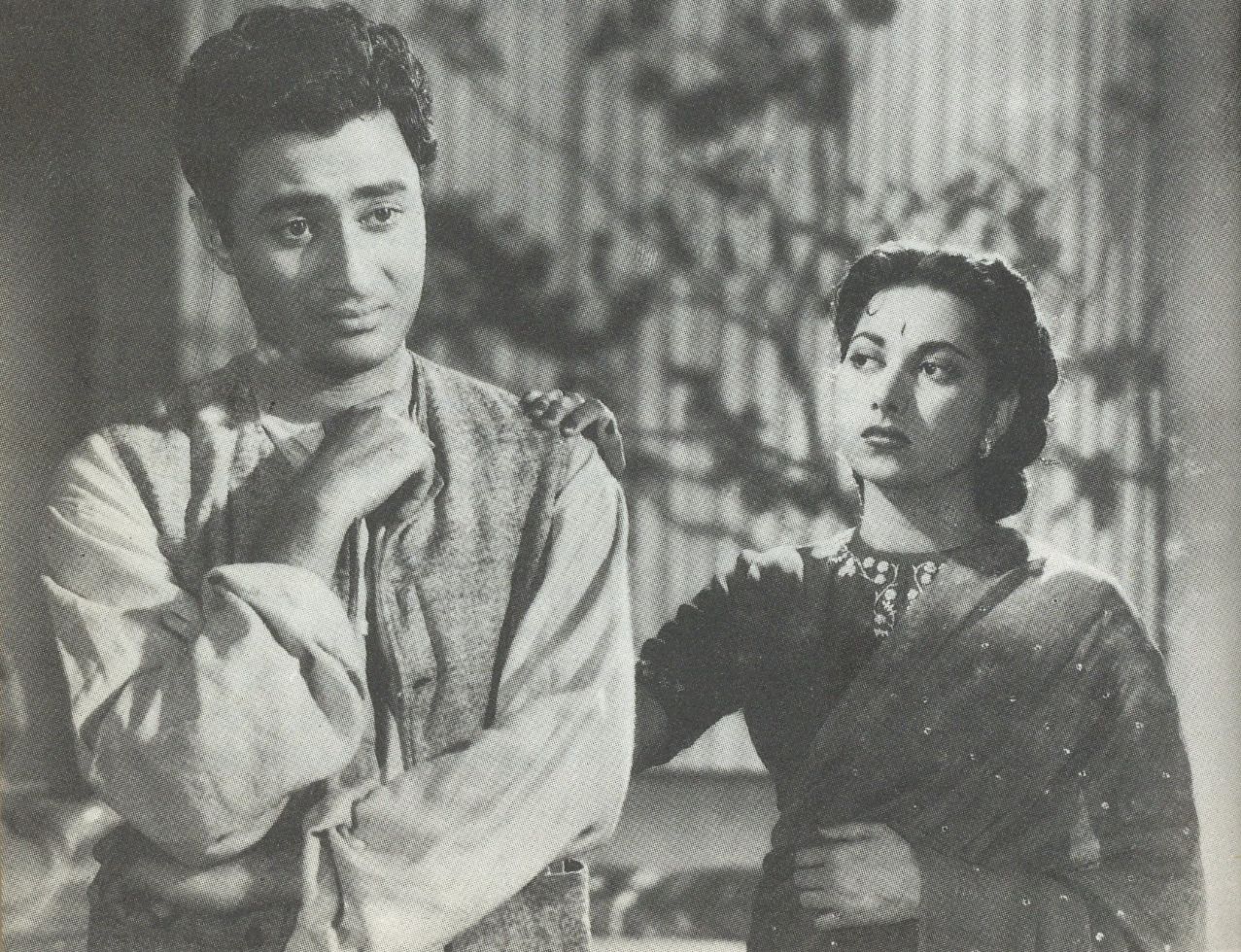 Amongst the leading men romance genre is almost like a rite of passage that none can truly avoid and in the pantheon of great romantic heroes few come close to the colossus called Dev Anand. Dev sahab’s onscreen persona and popularity as a romantic star only furthered when the news of his real life romance with Suraiya became public. A very progressive and forward-thinking man, Dev Anand never made any effort to keep his love for Suraiya and even the eventual heartbreak hidden from the world. While the Dev-Suraiya love saga isn’t mentioned as readily as the iconic Raj Kapoor-Nargis or Dilip Kumar-Madhubala romance it was the one that was "shared" with generations of fans. Perhaps this openness on Dev Anand’s part endeared him forever in the hearts of generation of fans.

Dev Anand’s reel image benefited from the real life die-hard romantic within and this separated the manner in which he approached romance. His initial films saw him play an idealistic lover-boy who never rebelled or challenged the norms like Raj Kapoor or Dilip Kumar’s characters. Also his brand of romance often featured equally emancipated women characters like the ones in Kala Pani (1958), CID (1956), Paying Guest (1957), Tere Ghar Ke Saamne and Kala Bazar (1960). This could very well be the reason that the Dev Anand romances still appear fresh even though the best of them are over fifty years old!


As a successful star Dev Anand used his clout to greenlight films that could be considered risky for his star image and later as a producer and director he only became edgier and more open to experimenting. In spite of being a romantic hero in the classical sense of the word, Dev sahab was open to depicting the darker, and often rarely talked about shades of love.

The most famous of Dev Anand’s "different" love stories is the Raj Khosla directed Bombai Ka Babu (1960) that portrayed love with a suggested incestuous streak - Babu (Dev Anand), a petty criminal on the run, is blackmailed into posing as a millionaire’s long lost son by a man who knows his secret. As Kundan, Babu wins the millionaire’s trust and becomes a part of the family but can’t help fall in love Maya (Suchitra Sen) who is his "sister". The film was inspired by an O Henry story but the "brother-sister" plot was created by writer Rajinder Singh Bedi and later went on to inspire the Amitabh Bachchan starrer Zameer (1975) without half the intensity.

While it’s widely perceived that Bombai Ka Babu was the first popular Hindi film to show incest, in actuality yet another Dev Anand film called Namoona (1949) holds that distinction. Dev Anand sacrifices his love for Kamini Kaushal because her father finds Kishore Sahu, a public prosecutor, a worthier match but later it is revealed that Sahu’s father had raped a woman and she gave birth to Kamini Kaushal. Even today filmmakers would think twice before imagining something on the lines of a Namoona or Bombai Ka Babu but not only did Dev sahab grace these films but also it wouldn’t be incorrect to imagine that had it not been for him perhaps they would have never been made.
Dev Anand’s non-conformist streak wasn’t something that success bestowed up him. His willingness to tackling stories that pushed the norms was inherent and the greater his success, the more open he became to take risks. The manner in which pushed for Guide or even behind the camera where he regularly nurtured new talent amongst lyricists (Sahir), music directors (SD Burman, Jaidev), directors (Raj Khosla, Guru Dutt, Vijay Anand, Amardeep) and actors that includes Waheeda Rehman, Zeenat Aman, Tina Munim, Zaheeda and Jackie Shroff amongst others is legendary. Even when it came to donning the director’s mantle Dev Anand didn’t shy away from pushing the envelope vis-à-vis the subject of his films.

His first success as a director Hare Rama, Hare Krishna (1971) features him as his own estranged sister’s object of desire. When Prashant (Dev Anand) comes to Kathmandu in search of his sister Jasbir also known as Janice (Zeenat Aman), who stayed with their mother while he went with the father following the parents’ divorce, he is shocked to see her dependence on drugs. Unbeknownst to Jasbir she thinks of him as the love that could save her from doom. Once she realizes the truth Jasbir chooses to die because she knows that Prashant would never be hers and prefers death to, suggested brotherly love. The cult film is today best remembered for the Asha Bhosle anthem Dum maaro dum but revisiting the film four decades later shows how unorthodox Dev sahab was in his outlook.

Similarly in Heera-Panna (1973) Heera (Dev Anand), a photographer loses the love of his life Reema (Rakhee) and fate brings face-to-face with her younger sister Panna (Zeenat Aman) who is a member of a gang of diamond smugglers. Unaware of Heera’s past Panna falls in love with him and even makes him the object of redemption of sorts while on the other hand Heera maintains a distance, as he knows of Panna being his dead lover’s sister. He even imagines the dead Reema while Panna sexually entices him. Panna is so guilt ridden when she learns the truth that like Hare Rama Hare Krishna’s Jasbir embraces her fate in the form of death during a crossfire between her gang and Heera.
Perhaps the ultimate that Dev Anand achieved in pushing the envelope in exploring the darker shades of love was in the B R Ishara directed Prem Shastra (1974). The film remains largely forgotten save a zany Kishore Kumar-Asha Bhosle number Mujhe pyar kar but the mere mention of it’s plot would make anyone think how the hell could this be possible in the realm of popular Hindi cinema. Can you imagine a film today where an author (Dev Anand) trapped in a loveless marriage gets attracted and falls in love with a girl (Zeenat Aman) who is his wife’s (Bindu) daughter from a previous marriage? Watching the film for just this, and a lovely opening theme composed by Laxmikant-Pyarelal along with the Zeenat-Dev chemistry, is pay off enough.

With the passage of time Dev Anand’s body of work deteriorated but such was the brilliance of Dev Anand that even his bad films and there are quite a few - Chargesheet (2011), Mr Prime Minister (2005), Love at Times Square (2003) Censor (2001) Main Solah Baras Ki (1998), Gangster (1994), Pyaar Ka Tarana (1993) Sau Crore (1991) – couldn’t change the hallowed placed his real classics adorned. In a day and age where anything partially lit is considered dark for Hindi cinema, and romance is limited to two broad categories namely being inspired by Dilwale Dulhaniya Le Jayenge or forceful such as Raanjhanaa (2013) or macabre such as Not a Love Story (2011) revisiting this quartet of Dev Anand films is almost a treat. What makes these films an interesting exploration of a different kind of love is that they marry a sense of realism and escapism – two divergent moods in Hindi cinema – fascinatingly well.

This article was originally published in Daily O on 15 February, 2015. The images are taken from Cinemaazi archive and the internet.
1147 views