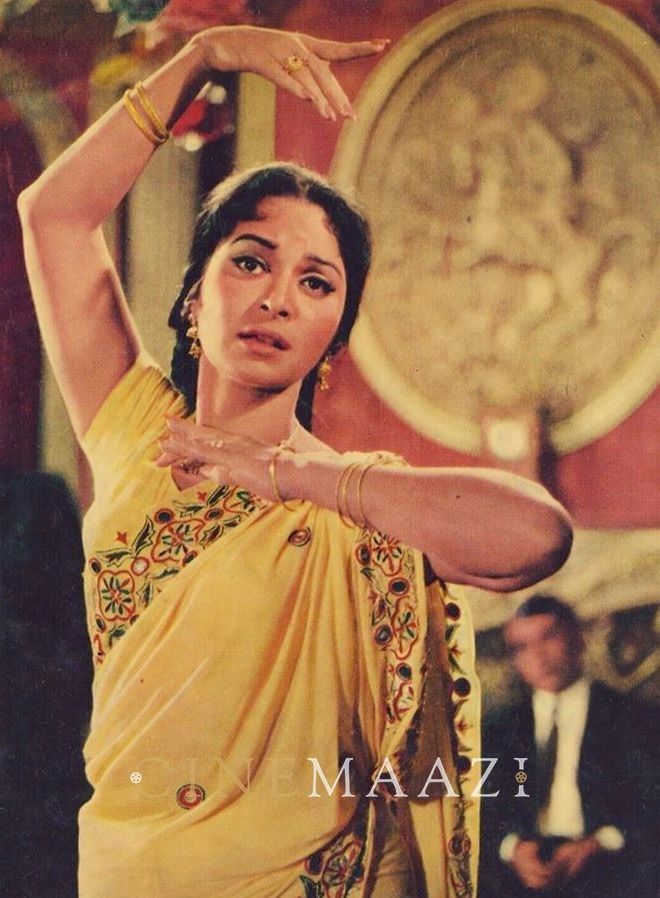 Consider making a list of all-time greats of Hindi cinema and the chances of Waheeda Rehman’s name not making to the top three would be high. Even if the list were to be exclusively all-women the probability of the same outcome is as high. The allure of a Madhubala and a Nargis along with the brilliance of a Meena Kumari cast a long shadow of Waheedaji's body of work and yet when it comes to counting some of the greatest performances in the pantheon of Hindi cinema, she would single-handedly manage to pip others to the post thanks to Pyaasa (1957) and Guide (1965).

In a career spanning over 60 years, she has worked with the best filmmakers and been a part of some of the greatest films seen in Hindi. And perhaps it’s because of this that even though there’s little that the present generation of Hindi cinema aficionados would know of her histrionics they still end up rediscovering her and, as a result, she, rightly, is now being seen as first among equals when it comes to all-time greats.

Born into a traditional Muslim family in Andhra Pradesh when it was still a part of the Madras Presidency in 1937, Waheeda Rehman was a skilled danseuse trained in Bharatnatyam and forayed into films as a dancer. Her father’s untimely death forced Waheeda to seriously consider a career in films when a producer friend of her late father offered the then 15-year old a dancing role in a Telugu film. Although her mother wasn’t too keen initially she accompanied Waheeda to Madras, where the film was being made, and that song Eruvaka sagaro ranno chinnannaa from Rojulu Marayi (1955) made the young Waheeda a star. SD Burman later used the same tune in Bombai Ka Babu (1960) as Dekhne mein bhola hai, dil ka salona hai.

During a visit to Hyderabad Guru Dutt spotted her and offered a role in C.I.D. (1956) that he was producing for Raj Khosla. Her stunning debut saw Waheeda steal the thunder of the film’s leading lady, Shakila, and the next year Guru Dutt’s Pyaasa (1957) made her into a star in her own right. Waheeda’s role of the prostitute with a heart of gold was nothing less than a revelation and the even after five and a half decades the brilliant performance more than holds up.

Waheeda was unlike the heroines of the time and this showed on both on and off the screen. Even though Guru Dutt was a well-established name before Waheeda started working for his company, she wasn’t enamoured by either his stature or the Bombay industry. By the time Guru Dutt got to know of Waheeda she had worked with the biggest names in south India – NT Rama Rao, MG Ramachandran, and A Nageswara Rao - and once in Bombay, she didn’t let anything deter her from speaking her mind.


The song Jane kya tune kahi from Pyaasa was sung by Geeta Dutt and  picturised on Waheeda Rehma
Right at the onset, she negotiated the terms of her contract with Dutt like a pro, didn’t let Raj Khosla, who was a close friend and associate of Guru Dutt, to bully her into wearing a costume for C.I.D. that she wasn’t comfortable with and much to the annoyance of all and sundry during a screening of Pyaasa even told Guru Dutt that a song featuring her was killing the film’s pace and that he better delete it if he wanted to save the film. Her impudence vexed well-established co-stars such as Mala Sinha and Rahman and Dada Burman was left shocked by her suggestion but after mulling over the suggestion Dutt eventually deleted the song and it is said that the fortunes of the film transformed after that.

What makes Waheedaji truly exceptional is that unlike Nargis or Madhubala a majority of her roles didn't demand her to be window dressing or like Meena Kumari or Nutan she didn't have to feature in the so-called woman-centric narratives to make her mark. While today the term "greatest" is used rather liberally, Waheeda Rehman’s filmography offers a ringside view of true greatness when it comes to Hindi cinema in almost every aspect.

Besides Guru Dutt with whom she worked in Kaagaz Ke Phool (1959) and Chaudhvin Ka Chand (1960) and following their professional separation post Sahib Bibi Aur Ghulam (1962) she worked with Satyajit Ray in Abhijan (1962) and delivered hits like Bees Saal Baad (1962) and stellar performances in Mujhe Jeene Do (1963), Kohraa (1964) and, of course, Vijay Anand’s Guide.

Her Rosie was an antithesis to the typical Hindi film heroine and even the traditional "bhartiya nari" who walks out of a loveless marriage into the arms of her lover, Raju (Dev Anand), who helps her fulfill her dream of being a famous dancer, was as path breaking back then as it could be today. The actor walks the tightrope through the film and doesn’t let go of the audiences’ compassion even though at times the role displays clearly negative tones.

The 1960s were the high point of Waheeda Rehman’s career and interestingly enough she had a nice mix of out and out commercial hits that she could have sleepwalked through - Ram Aur Shyam (1967), Patthar Ke Sanam (1967) and Neel Kamal (1968) -and the same time a Teesri Kasam (1966), a Khamoshi(1969) and the washout yet magnificent Reshma Aur Shera (1971), that also fetched her a National Award.

In the 1970s when Waheedaji graduated to supporting roles, she was almost signed on for the mother’s role in Deewar (1975) but director Yash Chopra, who was directing Kabhi Kabhie (1977) at the same time couldn’t see her as Amitabh Bachchan’s mother in one and the love interest in the other, Kabhi Kabhie, at the same time.

A few roles in the 1980s kept her in the public eye but it was Chopra’s Lamhe (1991) that reintroduced the actor to a new generation.

The sweet ode to herself where Waheedaji danced to Guide’s Aaj phir jeene ki tamanna hai was the perfect point for her to take a brief break from acting.

She was to feature in Kabhi Khushi Kabhie Gham (2001) along with Bachchan but the untimely death of her husband, Kamaljeet, a businessman who also tried his hand at acting opposite Waheedaji in Shagun (1964), saw Jaya Bachchan replacing her.

Today, she might be best recalled for her role as R Madhavan’s mother in Rang De Basanti (2006) or Abhishek Bachchan’s grandmother in Delhi-6 (2009) but a closer look at her career and one realises that Waheeda Rehman practically spent a better part of her life in front of the camera. She’s had a longer and to some extent more rewarding innings as compared to many of her more illustrious contemporaries.

Her mere presence still has a magical effect on people as seen at the launch of her book, Conversations With Waheeda Rehman (Nasreen Munni Kabir) and although she might think that she’s had enough of the spotlight, her fans are already looking forward to Song of the Scorpions where she would be seen as Irrfan Khan’s mother in law.

Cinemaazi thanks Gautam Chintamani for contributing his article which was originally published in Daily O on 3rd February 2016. ( https://www.dailyo.in/arts/waheeda-rehman-guru-dutt-pyasa-cid-guide-kaagaz-ke-phool-chaudvi-ka-chaand/story/1/8809.html ) The images used were not part of the original article.
663 views