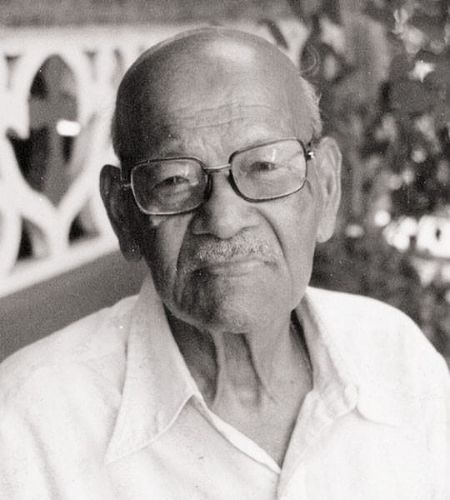 His contribution to Hindi film music includes providing violin obbligato in the background, creating counter melodies for the bass cello, employing choir techniques in using voices in Indian chorus singing, minimal yet effective use of the sonorous church organ, as well as refining cordial harmonies suitable for Indian composers. He was a permanent assistant to prominent music directors Shankar–Jaikishan, along with Datta Ram, from 1951 till 1975. A complete musician, he strove to maintain the originality of the music director’s compositions, never interfering with their original tunes.

Born on 29 January, 1906 in Reis-Magos, Goa, he learnt to play the violin and piano at a local parish school. He also learnt to write music notation while learning these instruments. He was an ardent listener of the famous symphonies of well-known western composers such as Beethoven, Mozart, Schubert, Tchaikovsky, Haydon and Richard Wagner. Proficient at the violin and piano, he continued his learning even as he went to places like Allahabad, Mussoorie and Delhi. Starting his own band in Delhi at the Hotel Astoria, which was appreciated by patrons, in 1942, he moved to Lahore where he again started his own band at the Hotel Stiffels. Post-Partition, he moved to Bombay, where he began his career as a violinist in the film industry. Anil Biswas, Naushad, Vinod, Ghulam Haider, Husnalal-Bhagatram, S. D. Burman, Sajjad Hussain and Shanker-Jaikishan are some of the well-known music directors for whom he played.

However, it is in the realm of music arrangement that he went on to make his mark as a pioneer in creating counter-melody in film songs. Counter-melody is the parallel tune created with violin, cello, piano, Spanish guitar or organ, which is played along with the song in the background. His work particularly shone in the compositions of Shankar-Jaikishan, O P Nayyar and Salil Chowdhury. This technique became very popular and, from 1950 onwards, he became a famed music arranger in the Hindi film industry.

His career as a music arranger started in 1948-49 with O P Nayyar, who recorded his first song Preetam aan milo rendered by C H Atma and written by Nayyar’s wife, Saroj Mohini Nayyar. Three years later, when Nayyar signed his first film, Dalsukh Pancholi’s Aasman (1952), as an independent music director, he assigned D’Souza to work as his music arranger. He continued to work with Nayyar for several years, up until 1973; the last film they worked together in was Pran Jaye Par Vachan Na Jaye (1974). It also happened to be singer Asha Bhosle’s last film with Nayyar.

A key point in his career came in 1952, when his friend Sunny Castellino, who worked as an arranger for Shankar-Jaikishan, introduced Sebastian to the duo. He started as the duo’s music arranger from 1952 with Amiya Chakravarty’s Daag, and continued until 1975, Sanyasi being his last film with them. As an arranger, he had made an impact in Daag itself, innovatively creating a memorable counter-melody for the Talat Mahmood-Lata Mangeshkar song Ai mere dil kahin aur chal. He employed the accordion to create the counter-melody, along with the violin and mandolin, to excellent results. He was to use the accordion for interlude music in several songs.

Working with Shankar-Jaikishan was a learning curve for D’Souza in many ways. As both the music directors had a penchant for Indian classical raag-based tunes, he had to learn the basics of Indian classical music in order to create counter-melodies, interlude music as well as the background score. He did so, with gusto, picking up the nuances despite his hectic recording schedules. This learning was to help him immensely in his career as an arranger. His understanding of both Indian classical raags as well as western music is evident in Shankar-Jaikishan composed songs such as Koi matvala aaya (Love in Tokyo), the songs of Basant Bahar (1956), and Amrapali (1966). The blend of the sitar and violin, along with the cello became a hallmark of his counter-melody and interlude music. The last film he worked on for Shankar-Jaikishan – Sanyasi (1975) was especially challenging as all the songs as well as the background music of the film were based on raag Bhairavi; he pulled it off with aplomb. His association with the composer duo endured for 23 years without break—no mean feat. He would later term his long working stint with them as an enjoyable experience of teamwork, along with lyricists Shailendra and Hasrat, and co-arranger Dattaram. Incidentally, he, along with Jaikishan, Dattaram and Raj Kapoor, would complete the background music of the latter’s Mera Naam Joker in five short days.

He also arranged the music and wrote the notations for Shankar-Jaikishan’s LP record titled Raga Jazz Style. The album was a presentation of 11 ragas in jazz style.

Besides his famous association with Shankar-Jaikishan, he also worked with noted music directors such as Salil Chowdhury, Vasant Desai, S D Burman, Madan Mohan, Roshan, Dattaram and N Datta. He was appreciative of the work of talented musicians such as pianists Robert Correa and Mike Machado, cellists Albuquerque, Verga, Simplicio D’Souza, and John Gonsalves, accordionists V Balsara and Goody Seervai, solo violinists Duorado, Narvekar and Karnard, and mandolin player David, as well as music arrangers of his time such as Johny Gomes, Castellino, Chic Chocolate, Ram Singh, Rizbert and Franky.

Leaving the film industry in 1975 to settle in his native Goa, Sebastian D’Souza passed away on 9 March, 1996. He remains memorable for his remarkable ability to combine Western orchestra with the Indian, imparting richness to his musical arrangements and variations to the melodies. His harmony patterns and scores remain handy reference for musicians, arrangers and composers.