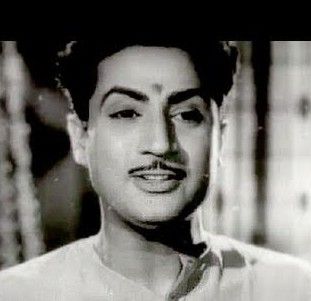 For the golden era of Hindi cinema, to be precise the films made up till the 1960’s decade and especially for the fans of black and white cinema, the name Jawahar Kaul is not unfamiliar. Through his entire career, he worked in only a few selective films but he very efficaciously enraptured the attention of the audience. His name may have faded from the memory of the current generation of the audience but at the age of 85, he is still very hale and hearty and resides in Mumbai itself.


"Actually, since a very early age, Hindi films had a deep effect on me and my deepest desire was to become an actor”.
Jawahar Kaul started his career by doing very small roles. He was first seen onscreen as hero Kishore Sahu’s younger brother in Veer Kunal which was made in 1945 and in the same year he was also seen playing Humayun’s Mahawat in Sohrab Modi’s film Ek Din Ka Sultan. He got the chance to be the main lead with the film Khidki, made in 1948, where his heroine was Rehana.

Born to the Nehru family on 27th September 1927 in Srinagar, Kashmir, Jawahar was merely 6 days old when his paternal grandfather’s sister adopted him for her son. And subsequently, as he became part of a new family his second name changed from Nehru to ‘Kaul’. Jawahar tells us, “Jawhar tunnel was not made then and the only road connecting Kashmir and the rest of the country were through Rawalpindi. I did my Intermediate from Punjab University and then went to Rawalpindi. After spending almost a month in Rawalpindi I decided to go to Mumbai. My father was against it but I convinced him by saying that I’ll do my graduation from Pune University. But the truth was that I wanted to try my luck in films. Actually, since a very early age, Hindi films had a deep effect on me and my deepest desire was to become an actor”.
“I, Radhakishan and Prabha Shankar became such good friends that our trio became very famous in and around the film circle."

In those days Dadar used to be the epicentre of all film-related activities where three big studios Ranjit, Shri Sound and Supreme were situated. During mid-1940s Jawahar Kaul reached Mumbai and made Dadar his address. He would go from studio to studio during days and in the night he would sleep in the office gallery of Prabha Pictures. He would receive a money order of 150 rupees from home every month because they were under the wrongful impression that their son is studying at Pune University. Being a Kashmiri Jawahar’s looks and features as well as his height and personality were impressive and hence it wasn’t long before he started getting work. He debuted with Veer Kunal and soon started getting small roles here and there.


In Dadar, Jawahar met and became friends with actor Radhakishan (Mehra) who used to live in Lallubhai Mansion. Dada Bhagwan and production manager of films Prabha Shankar Yagnik also used to stay in the same building. Prabha Shankar was Navin Yagnik’s brother who was the hero of Sohrab Modi’s film Mai Haari (1940). Jawahar and Prabha Shankar became such good friends that after a while Prabha gave him a place to stay in his own house. Jawahar says, “I, Radhakishan and Prabha Shankar became such good friends that our trio became very famous in and around the film circle. Pyarelal Santoshi was also good friends with Radhakishan and he would visit us very often. Filmistan Company’s film Shehnai (1947) directed by Santoshi became a hit and so Santoshi himself decided to become a producer. Film Khidki was the first film to be made under his banner and he cast me in the lead role of the movie. The heroine was Rehana and the composer was C.Ramchandra. The film did average business but a song that was filmed on me Kismet hamare saath hai... became very famous during that time. “

As a character artist, Jawahar did a few films like Paapi (1977), Mukti (1977), Pyar Ka Mandir (1988), Pyar ka Devta (1991) and Akhiri Badla. Of these Pyar Ka Mandir and Pyar ka Devta were made by his daughter Shabnam Kapoor.
In the next, approximately one and a half-decade Jawahar essayed important roles in films like Azadi Ki Raah Par (1948),Gharibi (1949), Apni Chhaya(1950),Sheesh Mahal (1950), Ghayal (1951), Daag (1952), Pehli Jhalak (1954), Kathputli (1957), Dekh Kabira Roya (1957), Bhabhi (1957), Laal Batti (1957), Ek Shola (1958), Adalat (1958), Batwara (1961) and Sahib Bibi Aur Ghulam (1962). But he wasn’t satisfied with his career trajectory. He says, “I used to often feel that I am not able to attain much success as an actor. On the other hand in the mid-1950’s I had married and hence family responsibilities had increased as well. My wife was well educated and hailed from a well-known family in Mumbai. She was a national level badminton player and we had met at the Cricket Club, of which I was a member. Her father Dattatreya Pradhan, was a close associate of Baba Saheb Ambedkar and was a senior corporate in Mumbai Municipal Corporation. Dadar (East)’s famous D.V.Pradhan Marg is still known by his name. When I realized that my career is not gaining much momentum, then, my fascination with acting started to wane away. On the other hand, due to my increasing age, I was getting only character roles. And so as soon as I got the chance I bid acting goodbye."


As a character artist, Jawahar did a few films like Paapi (1977), Mukti (1977), Pyar Ka Mandir (1988), Pyar ka Devta (1991) and Akhiri Badla. Of these Pyar Ka Mandir and Pyar ka Devta were made by his daughter Shabnam Kapoor. After retiring from acting, Jawahar Kaul became the production manager in director Sandeep Sethi’s company Jwala Pictures. At this time he met Mithun Chakraborty who was a good friend of Sandeep. On Mithun’s request, Jawahar became his secretary. Jawahar was his secretary for the next 17 years and during that time he also made a film  Agniputra with Mithun. The film Agniputra was completed only after facing a lot of hiccups and was finally released with great difficulty in 2000. An absolute flop, this film caused great financial difficulties for Jawahar, although by this time his son and daughters had become so successful that they together cleared all of his financial debts.

Today Jawahar Kaul stays at Andheri (West)’s posh Yari Road area. He has completely broken all his ties with the cinematic world. Father to 4 daughters and a son, it has been 13 years since the demise of his wife Clara Kaul. His son takes care of his school and college called Children Welfare Centre at Yari Road. Though Jawahar’s nature is very warm and hearty, he hesitates to talk about the yesteryears of the film industry. Even to be interviewed by Beete Hue Din he had to be cajoled and persuade. He had said, “There is no such sweet memory that I can talk about with fondness, that’s why it’s better to forget that which has already passed. Like they say, let bygones be bygones and think of the future….” !!!