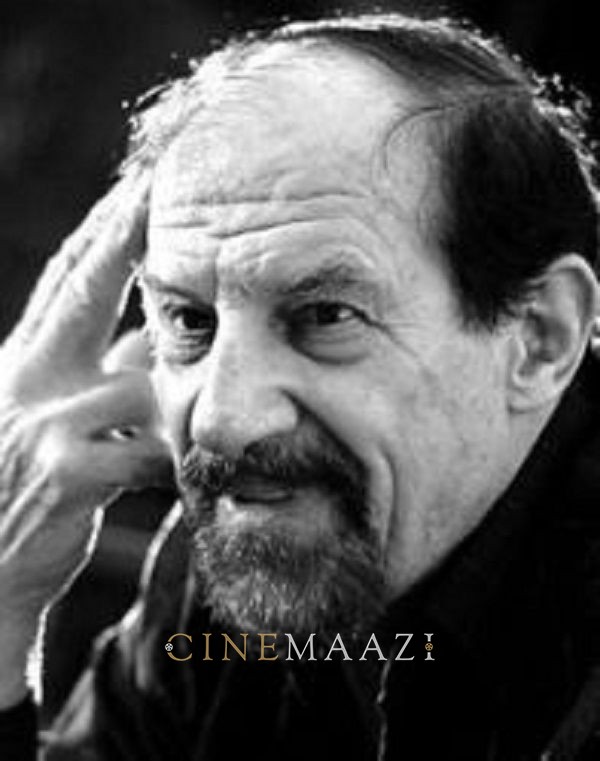 He survived the wars of Vietnam and Rhodesia- as a mercenary. Now he fights only in films. You might have seen him on screen- the big, bad, white man of ‘Abdullah’ and ‘Qurbani’.
It sounds like a Robert Ludlum thriller or even better a Hollywood movie with Vietnam as its backdrop. It has the motive, the violence, the suspense and the final glory. The motive she’s 19 and beautiful he’s 20 and ruggedly handsome. It was love at first sight. And the inevitable marriage soon followed. Then life was disrupted by a car accident in which she died while on the way to the airport to pick him up. It left him in shatters, a hardened man seeking vengeance. The action scenes of Vietnam where death is a neighbour and can strike a fatal blow any time, followed by a stunt in the Rhodesian war, in both cases as a mercenary. The glory… survival haunting death wish, a new love, two-bit film roles while living as an expatriate in a foreign land. The end attainment of a sort of happiness after life’s many tests and vicissitudes.

A mite too filmy and romantic? Only it’s all happened in the life of Bob Christo. You might not have heard his name but once you see his huge bulky frame it will all come back to you in jiffy yes, he’s the same guy. The fellow who happens to be there in Hindi films because of the colour of his skin. The firangi who keeps coming to India to negotiate the sale of secret documents, gold or diamonds but usually gets beaten up or killed by the end of the film at the hands of our rough, tough heroes.

It all began about 10 years ago with Abdullah (1980) and then Qurbani (1980). An unending stream of bit roles followed in which he played the big bad white the man who must perforce speak Hindi in an accent which must be foreign. Well, you have placed him. It isn’t too difficult placing Bob Christo even though he is usually only a part of the backdrop.

He may not be star material on-screen but Bob Christo has definitely been a hero in real life. Delilah was her name, the beauty he married and who died, leaving behind Bob and three children. The children were transported to the USA to stay with friends. A trust was formed to look after their expenses. This done, the next step was to let himself loose on life. What could be better than Vietnam? A Vietnam of 1974 when it was clear that the Americans had lost to the Vietcong and would soon have to withdraw. It didn’t matter to Christo. The worse the situation the better it was for him. “I didn’t care whether I lived or died, it didn’t make any difference,” he says now. So Vietnam it was, in charge of an engineering unit in Saigon.

Saigon calling? Rings a bell? It was exactly like it is in the movies. Only much worse, because it wasn’t a movie. There were the mines, to begin with. Planted all over the place and they were Christo’s first brush with death. Which he secretly desired. A mine blew up under the truck he was driving. It could have meant death but luck was with Christo. He survived to get more and more entangled in the conflict.

Scared of the “sneaky devils”- the Vietcong- who would appear simply out of nowhere and fire their AK 47s. Worse still would be the small, harmless-looking boys who could deliver parcels to you that would blow up in your face even before you knew what was happening. One had to be on one’s toes all the time. And it wasn’t easy.
Fortunately for Christo, the war ended in 1975 and, whether he liked it or not, Christo, like everyone else had to get out.

What the mercenary stint in Vietnam amounted to in monetary terms was no mean sum. Less than 100,000 dollars, but close to that figure. And Christo, naturally, made the most of what was available. Besides, he found work in film production, modelling and building the sets of Francis Ford Coppola’s Apocalypse Now. An engineer by profession, it was ironical that Christo should come yet again in contact with Vietnam, this time in the film world.

India came into the picture when Christo saw Parveen Babi on the cover of Time magazine. He wanted to meet Babi and came to India.

While he was involved in film-related work, Bob Christo met a guy called Pat Kelly who had a secret operation in mind-a CIA spy ship in the possession of King Hassan of Morocco. There could be more than a fistful of dollars if they could get hold of that ship. The was right up Christo’s alley. He clearly liked the idea and to get closer to Morocco, he enlisted in the Rhodesian army with the elite SAS.

Though the idea had originally been to wait for a signal from Pat and then proceed to Morocco, the plan never took flight. Unfortunately, Pat Kelly died in a plane crash while scouting for locations for a film. That was that.

But everything did not grind to a halt for Christo. Since he had already enlisted with the Rhodesian army and was undergoing training, there was no harm in participating in a few mercenary operations and making a quick buck. A few days later, Bob was fighting for the Ian Smith Rhodesian government against the black Rhodesian.
It wasn’t ever a question of colour or racial discrimination. For Christo, like all the other mercenaries, it was a question of money. And obviously the money must have been good.

Good or bad, the work at hand was risky, like blowing up a couple of Russian ships anchored off the coast of Beira. Air dropped, Christo with 11 other men blew up the ships. It was a successful underwater mission. Once again, as in Vietnam, the situation in Rhodesia was becoming dicey, and Christo by now had begun to personally feel very uneasy about the racial overtones of the war. After witnessing an unusually nasty incident of three white soldiers literally cutting a black man, Christo decided it was time to decamp. The question was now of an alternative destination.

India came into the picture when Christo saw Parveen Babi on the cover of Time magazine. He wanted to meet Babi and came to India. Getting to Bombay was no problem.
Once in Bombay, it has been films all the way for Bob Christo. But even in the films, it has been acting which Christo takes easily to as a bad-bad firangi or a stunt man. War and excitement happen to be in his blood.

Cinemaazi thanks Mr Sudarshan Talwar for sharing this rare article.