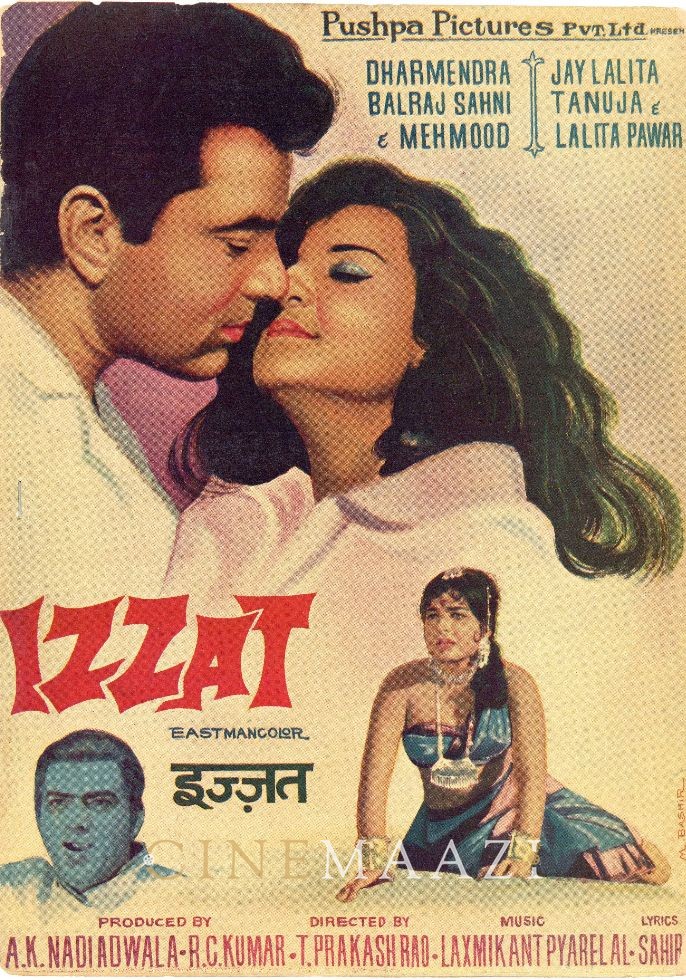 Born on February 26, 1945, at Hyderabad, Shabnam is the latest addition to the glamour girls who have entered into films. Born of a Hindu father and a Muslim mother, Shabnam is five feet four and a half inches tall, slim and very fair of colour. This lotus-eyed girl, prior to butting into films had already set the twin cities of Hyderabad and Secunderabad with her glamour. She was a medical student before she joined the film industry.

Asked why she left her medical studies for a film career Shabnam said, “My heart was in films and so I gave up my medical studies. In any line, it is the success that counts very much. Not all lady doctors are successful. One could get greater fame and money in films than as a doctor. There is not much difference between being a lady doctor and a film artiste as both deals with the human aspect. If the doctor tries to soothe and alleviate human pain of all sorts and aims at human happiness, a film artiste also seeks to make human beings happy by entertaining them. Both are similar in the effect they create on human beings. It is human happiness that counts in both cases.”

Shabnam was spotted by writer-poet Harindranath Chattopadyaya. One day he saw her through the window of an office. He promptly introduced her to director Hrishikesh Mukherjee and he in his turn introduced her to music director Hemant Kumar who was then in search of a new face.

At a gala function at the Taj, Hemant Kumar introduced Shabnam to the press as his leading lady in Faraar (1965) opposite Anil Chatterjee under the direction of Pinaki Mukerjee. Shabnam was truly and well-launched into films. Unfortunately, for Shabnam, Faraar did not click at the box-office though Shabnam herself was hailed by critics as a good enough leading lady in Hindi films as one who could shine well under better direction.

Asked how she felt in featuring in a flop Shabnam said, “It affects the career of an artist though it is not her fault that the picture failed. It was also difficult for me to get film roles for no one looks for girls however talented and beautiful they may be, when they have featured in a picture which has not been a box-office success. The new-comer like me, has then no other alternative than to accept whatever roles that come her way. I had to do the same thing, for having decided to stay in films, I was not discouraged with one initial flop. In film business, courage and patience are required abundantly and with these precious qualities one has to struggle in the fond hope that one of her films might click at some distant date.”

It was also difficult for me to get film roles for no one looks for girls however talented and beautiful they may be, when they have featured in a picture which has not been a box-office success. The new-comer like me, has then no other alternative than to accept whatever roles that come her way.
“Fortunately these days the fashion is to have two heroes and two heroines, all having equal importance and I had some such things coming my way,” continued Shabnam. “The fashion of two heroes and two heroines came to vogue, I think after the sensational success of Sangam (1964).”

She is featured in Hemant Kumar’s Biwi Aur Makan (1966) wherein Biswajit is the hero. Kalpana is one girl and Shabnam is the other girl in this picture. The picture is a socio-musical-comedy and Shabnam expects that all the memory of her featuring in a flop will now be wiped out. “I think I have done well and hope to turn a new leaf after this picture is released,” said Shabnam. This picture is directed by Hrishikesh Mukerjee and is now running all over the country. She has, however, a number of assignments on hand. She has been featured in Sorry Madam, Golden Eyes, Pathron Ke Insaan,Chandan Ka Palna (1967), and Izzat (1968) under the direction of T. Prakash Rao, a maiden picture to be produced and directed by Dulal Guha, all in Eastman Color and Insaan (1982) and Lahu Pukarega (1980) in black and white.

“With all these numerous assignments I feel myself settled for a film career,” said Shabnam. “There is no looking back hereafter. It is hard work ahead and finding ways and means to come up, somehow and anyhow.”

Shabnam does not believe in luck. “With a good story under a good director success is possible for any artiste,” she said. “Another thing is to avoid being typecast by accepting a variety of roles, which I have done.”

“For a beginner, it is all a blind man’s game,” said Shabnam. It is not possible for a new-comer to hear the story or much less dictate. So take whatever that comes one’s way and make the best use of one’s talents. I can say this much that for a new-comer, the beginning is tragic and the troubles numerous. But then it is a film business and one has no choice except to accept the inevitable.”

Her views on religion have a scientific background. “Why do we go to worship God?” asked Shabnam. “Only when human being is in trouble or wants some sort of favours he goes to worship God. Everything in the world is the result of cause and effect. If one does good, good results and if one does bad, bad results. I believe in right conduct and being true to myself in word, deed and thought much more than blind faith in God.”

In film business, courage and patience are required abundantly and with these precious qualities one has to struggle in the fond hope that one of her films might click at some distant date

Much of the views of Shabnam on religion and God is based on her study of Origin of Species and Descent of Man by Darwin and Outline of History by H.G. Wells. “From these studies, I learnt that the idea of God is an off-shoot of human helplessness towards natural calamities that destroy his means of existence and sometimes even himself. I am sure as and when we get better control over natural forces with the development of sciences and technology man will have no reason to be afraid of any such force as God.”

Shabnam’s outlook towards life and career has an absolutely scientific and biological background. It is not therefore surprising that Shabnam has not much belief in marriage. “I do not want to get married,” she said. “Firstly, in respect of a career like films which is nerve-racking and arduous, one has to be serious. I am for all intents and purposes wedded to films or film art and I have no time for anything else. Furthermore, in spite of all tall talks about equality of status between man and woman marriage still remains a slavish institution with the wife undergoing troubles of all sorts for the so-called wedded happiness.”

Shabnam is adept at Bharatnatyam, having learnt the art both in Hyderabad and Bombay. She likes classical music. She could swim and ride and plays badminton. She read a lot. Her pet authors are Balzac, Maupasant and Zola. She has a very good collection of books of all kinds and their number runs to several thousand. Her collection of books when she showed me, was such that would make any public library envy her. In terms of money, it is worth a fortune.

An intelligent girl she could talk for hours on a variety of subjects. But then there are limitations on the time of journalists and he has to cry halt at some point.

“With our 500 million population, having a background of one of the oldest civilizations and rich culture we should produce larger numbers and better kind of new actors and actresses,” she said. And this is the end of the interview, interesting and in some ways strange too.

Cinemaazi thanks Sudarshan Talwar for contributing this rare interview.
The poster used in the article is from Cinemaazi archive and was not part of the original article
1442 views