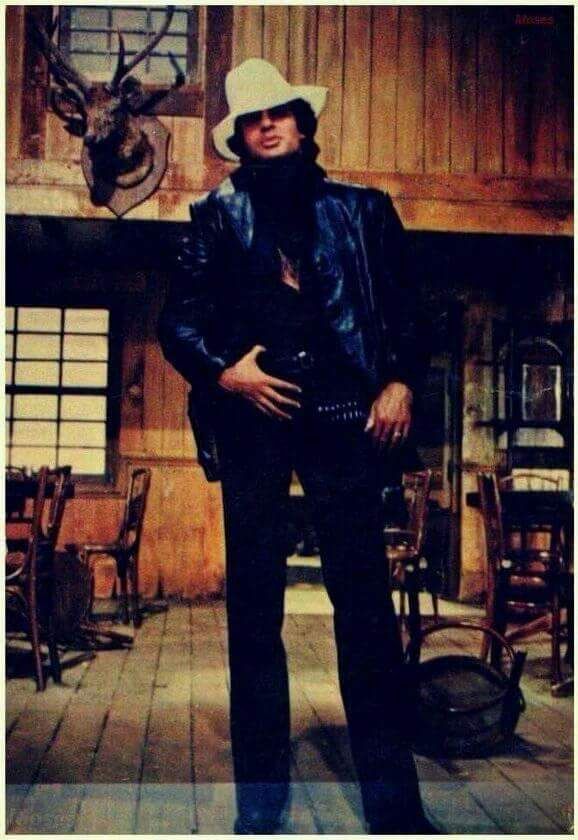 It is said I was a shy child, I still am. I'm still petrified, when I'm faced with a new situation. It can be anything... Entering a restaurant... Walking to the lobby of a hotel... Checking into a new place, meeting strangers, I am not comfortable handling new things. Success, everyone says, makes these things easy. It hasn't, with me, at least. On the contrary, I am terrified of going to a place, I know, is going to be crowded. I am embarrassed entering a function, and becoming noticeable. It requires a lot of courage, I feel, to just get up while on a flight and go to the toilet... Or talk to your fellow passenger, for when you do so, people are bound to turn and stare. And I hate being the centre of attention. It is different when you are performing. For then, one is doing one's job, but in normal situations, it is awkward... I have never ever played up to this number that I am a somebody. I have never accepted the 'superstar' factor either. And I don't like this constant reference of, "Now that you are Amitabh Bachchan", It is made to sound like Amitabh Bachchan is an entity. I hate to be referred to as an entity. I am a normal person. Amitabh, is my name.

A name that was given to me by my father and I'd rather be proud of the fact, that it was a name given by someone so special, rather than it be treated as an entity. Agreed, it's the name of the actor who works in films, and who has gained recognition in the eyes of people, but I still like to think of myself, my name, as the first bearer of the title, 'Bachchan', which isn't ordinary name, as it happens to be my father's nom-de-plume. Now of course, it has been taken over as the family name.

Contrary to the aura created, our lifestyle is fairly simple. There is no extravagance in our house. Whether it's Jaya, my parents, brother or kids, nobody is a spindrift. And it doesn't come out of any ruling that I might have given. It's voluntary. They've never ever demanded exorbitant presents or pushed me into a situation where they would want to do something absolutely flamboyant. The kids too, haven't, at any time been given an impression that money is in abundance at home. On the contrary, there are some sensitive incidents with them on this issue, which confirm that the kids are totally unconscious of the fact that a lot of money is floating around them. They respect money. Just as we do. Maybe if they had seen their parents splurging money, their attitude would have been different. But then is not how it is.

Jaya has said somewhere in one of her interviews that people who come into contact with me, have created this mystery about me... I absolutely agree with her. For those are mere impressions of those people... Not the truth.

I am not a chauvinistic person. At least that's not what I'd like to believe of myself. I've always given a lot of freedom, a lot of space to the opposite person. That's the way my father is. And that's what I've grown up seeing.... But yes, I am not a terribly liberal person either. I don't dig a smoking, drinking woman. Not because I consider it bad, but since I didn't smoke or drink myself, it was difficult being attracted to a woman who did. How can I describe myself as a boyfriend and a husband? It's embarrassing for me. It's for the other person to answer. I made, I guess, a normal boyfriend, as possessive, as protective as men ought to be about their women. I think what one looked for in a girlfriend those days, was companionship, character, appearance, behaviour, and other details like how she spoke... how she dressed... etc. etc. I make, I think, in certain matters, a father dependent husband. Like I'd like my food to be served to me, and this is a privilege, I've given to Jaya. I feel happy when she serves me my food, for she knows my taste, and she knows what I would want to eat. At the same time, if I am at a place where Jaya isn't around, I'm not helpless. I can very easily, and very competently look after myself. I feel disturbed when I'm told lines like, "Yours is a marriage that has lasted." Why should this be so surprising? I believe that when you get married, it's for good. And, if it isn't, it means you are looking at the institution of marriage in a demeaning manner. Marriage to me, means a lifetime association. If it isn't, why get married? One can remain friends.

I lost touch with my school and college friends years and years ago. Actually, I never had too many friends. From the beginning, I confided in the family... I shared my problems with my mother. The reasons one looks for friends, was fulfilled by the family at home. That is why perhaps, I never bothered to cultivate a good friend. Even today, I have friends but not too many. They are not an obsession with me. I've never judged them on the basis of loyalty. And I have never felt deceived by them either. Actually, I am not really for talking about friendships. Talking about it, destroys the sheer purpose of it. These are things that should remain between the two people concerned. It appearing in print, defeats the sentiments of a cherished association.

Two qualities that I looked for in my employee, are integrity and honesty. As far as possible, I like to personally interview people I plan to employ. If it is going to be a member of the staff, I'm not directly interacting with, then Jaya does it. I expect those working for me, to follow a certain decorum, a certain pattern of behaviour. I expect efficiency. I expect competence. And if it is missing, I want sufficient reasons for the lack of it. l am patient and willing to wait, provided he has the willingness to serve, willingness to improve. I am not the firing kind. I seldom lose my temper. By temperament, I am not one of those who can leave things for someone else to handle for me. I must know the details.

I must be kept posted. I am self-sufficient, abreast of what's happening but I prefer it when someone does it for me, but, if the situation demands, I can do my own things. I will surely not crumble and fall down.

I believe in an unknown force. There are so many things in life that are unexplained. Why does your nail grow...? Why does hair come out of your ears after 40...? Why no two people look alike...? Why is the leaf green...? The flowers yellow...? Why does the tree shake...? Why is everything growing around you..? What is this language, we speak. What is English? Who invented sound, who invented the brain? Why is death inevitable, what is death? So many unanswered questions. There has to be somebody, something, somewhere. If not God, somebody like him. Somebody equally powerful. There is so much to think about... So much to do... After all these years I am a bad judge of people... A bad judge of my own films. Everytime I like a film, I like a performance of mine, I am criticized for it. Someone once asked me to describe myself in five words. I said it in four, "I am a bore!"

This article was originally published in the Junior G supplementary titled A Man: Amitabh Bachchan. The images are taken from the original article.
619 views