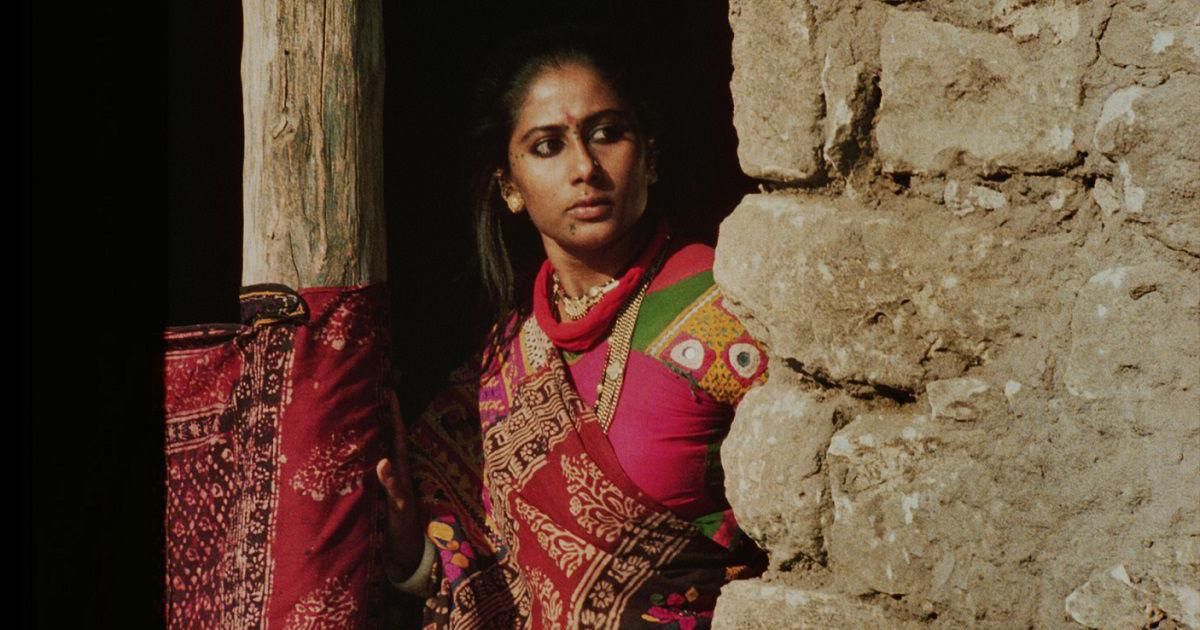 You could call Smita a live wire! Her intensity as an actress had to be seen to be believed. She was extremely enthusiastic and full of life. She had an uncanny flair for languages. That was why she had no problems with the Gujarati dialect spoken in Bhavni Bhavai (1980). Actually, everyone on the sets was a non-Gujarati. So, they did have a few problems. One could see chits of paper, with dialogues written on them flying around on the sets. These chits would find their way under pillows and beds.

The basic spirit of enthusiasm for living was what Smita was all about. Sometimes, however, these people burn at both the ends. That's what happened to Smita. She was a combination of spontaneity, vivacity, intelligence and strong emotions. Her strength was her good visual sense, and being a good photographer herself, she excelled technically.

Doing Bhavni Bhavai was fun. We were all in a boisterous mood and worked with gay abandon. Mirch Masala (1985), on the other hand, was much more intense. I often think of Smita —going through the ordeal of sinking in those red chillies. Just imagine those mounds of red chillies, getting into your eyes, nose, mouth and skin. And, all this in mid-afternoon desert heat...Still, by the end of the day, she had a smile on her face for everyone around — that was Smita Patil!

There are, hordes of scripts lying with me, planned with her in mind. Raktabeej was one of them, which will never see the light of day and only because Smita is no more. It's not easy for me to talk about Smita. She was like the crest of a wave. The crest disappeared first and then the wave. The world is changing rapidly, I know, but within me a sense of loss will remain. Life will go on...rather, it is going on.


During Ardh Satya (1983), I remember, we were picturising the last scene on Om Puri and Smita where Om talks to her, after beating up the guy under trial. Smita didn't have much to do in that scene. But I wanted Smita to make some gesture, something I could not explain clearly. I asked Om to start rehearsing. Om started on his lines and in the process began weeping. There was a hush in the room. At that moment, Smita moved her hand quietly towards Om and then stopped halfway. This is exactly what I had wanted her do in the scene, but could not explain it. But she understood it. I wanted Smita in Party (1984) too. But at the same time she received an offer from another friend for Gidh (1984). The dates clashed and she didn't know what to do. I suggested that she opt for Gidh since she had a better role and I took Deepa Sahi instead. She was my original choice for Tamas (1988) as well. But she was pregnant at that time. I talked to her about the serial. She said, "the doctor has advised me to avoid strenuous work, if you can shoot me, avoiding all that, it is okay by me." I couldn't. So, I signed Deepa again. I fail to understand how tragedy took away such a jovial girl.

She was full of masti mazaak. She often called me Govinda affectionately and sometimes `Gondhia'. She died too early. She could have achieved so much.

This article was written by Ketan Mehta and Govind Nihalani and was originally published in December 1991's supplementary issue of Junior G magazine titled Smita Patil's Memoir. The images used are taken from the original article and the internet.
635 views